On the 21st of September we had a conversation with Karin Krupp, project manager at the Centrinno EU project in Tallinn. Together with the local team, she contributed to setting up the first Fab City Hub in Estonian. Karin shared with us the story that brought back to life Kopli 93, a cultural center situated in a former industrial peninsula of Tallinn. Aligning with Tallinn’s future vision to create a more resilient and ecological city, they built up a strong community of local people that naturally embraced these values and now, they are taking ownership to make them a reality. 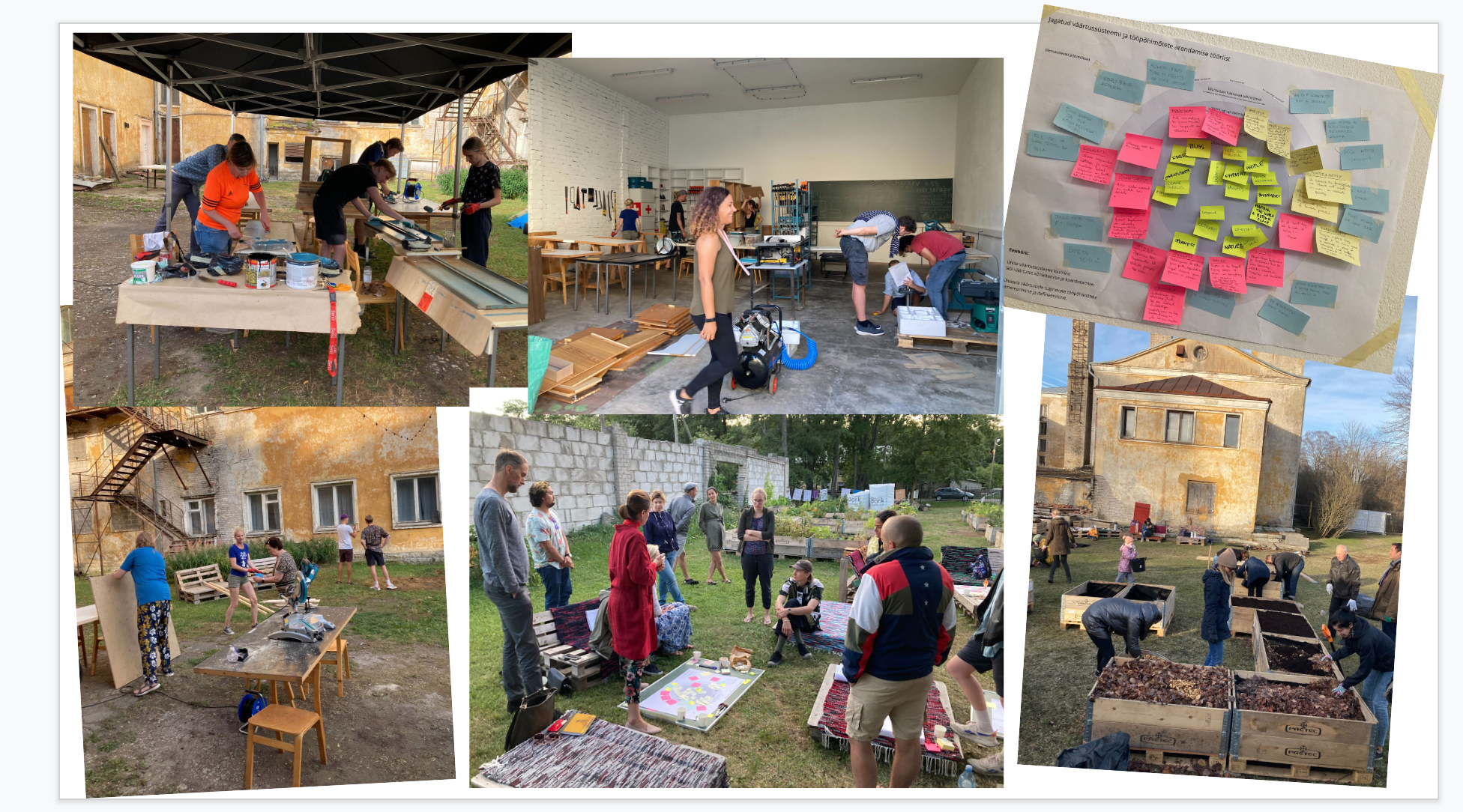 A more ecological and sustainable city: a shared narrative for Tallinn’s people

Kopli peninsula was the former industrial heart of Tallinn, mostly occupied by productive buildings dedicated to textile, clay factories and shipbuilding factories. Back in the years of the first Republic of Estonia (1920–1939), in Kopli peninsula together with factories and houses for labor work, you could have found a certain number of buildings dedicated to city life: such as a church, a hospital , a school and a cultural center for local people. This was a ‘ magnificent Art Deco community centre ‘ called Kopli 93.

Unfortunately, a few years after its construction, as a consequence of the Soviet Union invasion, the community center was closed. It was then turned into a sailor’s club, a school , a propaganda house and has definitely been abandoned since nowadays.

Thanks to the Centrinno EU project and other projects for innovation, the local team, formed by the TalTech University and city council members, started in October 2019 to test strategies, methodologies and actions to transform the KOPLI 93 into a community platform for enabling self sufficiency and community resilience.

The local Municipality provided the place, the former cultural center, and the local team, formed by people from Tallinn Technical University as well as members of the municipality, worked toward the creation of a strong community of people all engaged toward the creation of an innovative hub. Its mission will be revamping traditional skills and know-how about local food production and craftsmanship by applying more innovative techniques and approaches such as permaculture, common-based peer production and design thinking.

Nevertheless, one of the main challenges FCH have to face according to Karin is affordability: of space, of work force and resources.

The main intuition from the local team was to understand that the key resource they could count on to start this project was the community of people based in Kopli.

Indeed the FCH Tallinn is conceived as a platform for enabling community engagement and values exchange. 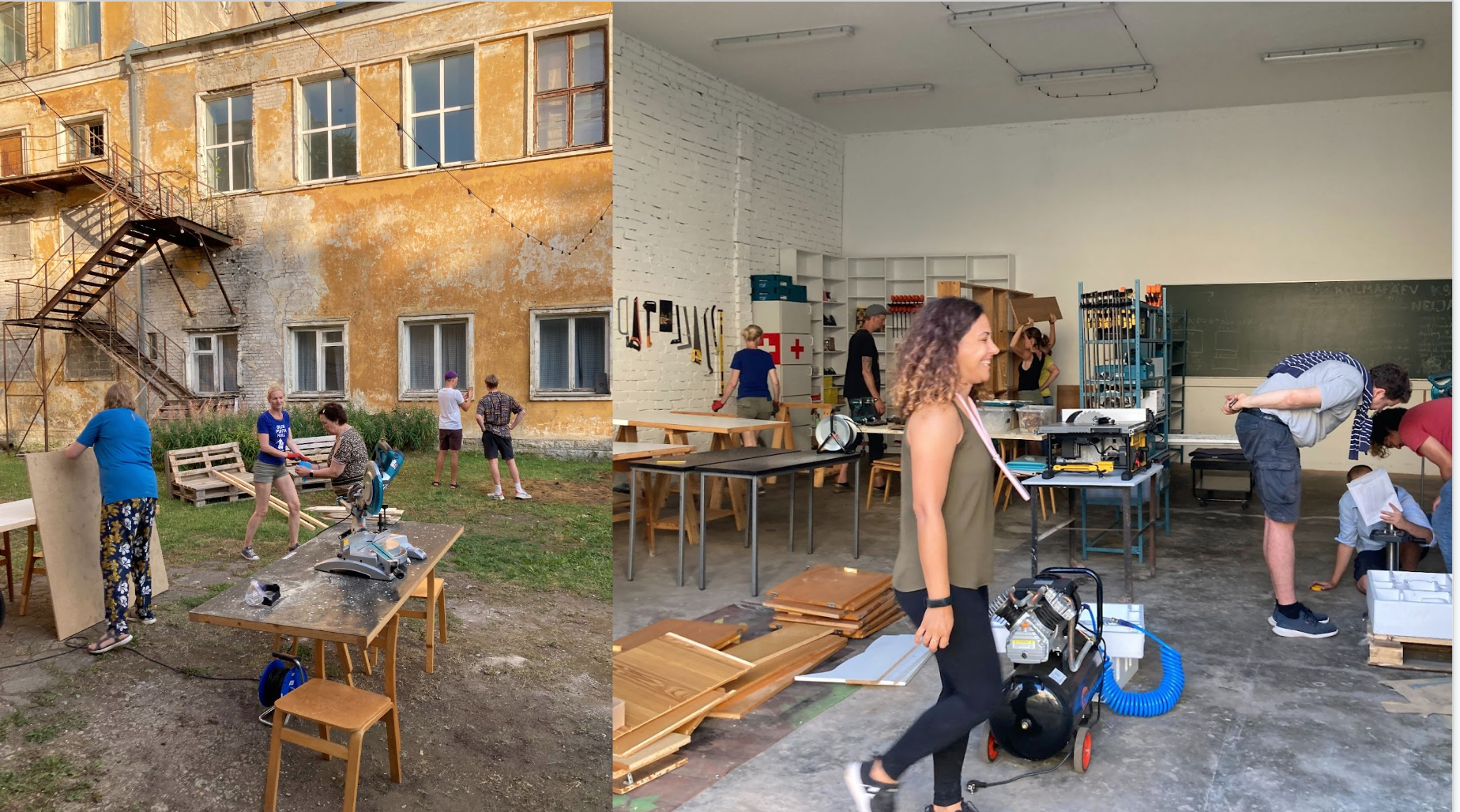 The Kopli93 community thanks to its diversity of profiles and their willingness to participate, is the first value creator of the center. In Kopli 93 people share their time, their skills and effort and in turn they have access to the space and to a set of commons they have built and create together. Those commons are : the garden, the makerspace and the community space itself.

All the activities and the achievements they obtained during these two years since the project started, were community oriented and they were built by the community members:

Building a community is an effort that takes time and a lot of commitment. The role of the local team is to facilitate and curate events and activities that attract people to come regularly to the space and build ownership to it by sharing, learning and collaborating to build and innovate the city and their surroundings in a more sustainable way.

To this end the core team facilitated a series of activities that aimed to gradually tie together different people. Some examples of the activities that were organised are:

Through all these activities the local team was able to build not only a strong community but also a network of stakeholders that now are the professional trainers of the hub. These professional trainers are those activists , crafts people, teachers and scientists that are teaching and sharing new skills and good practices with all the other members transforming Kopli93 into a real learning ecosystem.

The municipality as mentioned before, is a key actor within this network of stakeholders. Beside being the owner of the building that makes available the space, it is also an active collaborator working constantly to build a common narrative in line with the past and the future vision of Kopli and the whole city. In order to build together this common story, they organise an annual event, the Kopli Makers Festival, that each year brings together all the actors: from the municipality, from the networks of teachers and partners as well as the people from the neighbourhood to progressively write together this common vision.

Fab City Hubs as network of networks, locally and globally

According to Karin presentation, the next step and the next bigger priority for Tallinn Fab City Hub is now to become a referent node of the Fab City Hub Network.

Indeed this is a crucial step to achieve in order to have broader impacts both at local and global level. Fab City Hubs are in facts conceived as nodes of a network of networks that aim to produce locally but share knowledge, tools and practices globally;

In the next few days, the 25-26-27 October, six of the nine Centrinno Pilot cities will travel to Paris, Blonduos and Milan to spend 3 days of intensive workshops and networking activities to share common challenges and achievements in their mission to set up innovative models of Fab City Hubs across Europe.

In particular, Tallinn and Zagreb will be hosted in Paris, where they will commonly reflect on how heritage sensitive and innovative approaches could be drivers for changing the way we produce in the city. With a specific focus on food production, the three cities will exchange their local experiences and practices toward the creation of more inclusive and sustainable cities.

Watch the video of Kopli93 presentation: