The future of manufacturing is urban and circular

The future of manufacturing is urban and circular

The keyword is co-design: A workshop to bring manufacturing back to the city and make former industrial areas more inclusive and circular. This is the summary in a few words of Milano Fab City Camp, the event held on June 23rd at BASE Milano, organized by the City of Milan and Nema – Rete Nuove Manifatture.

An opportunity to launch the design of a Fab City Hub, a physical and digital place dedicated to circular production in the city that in Milan will focus on two main strands: design and fashion.

An idea, that of the Fab City Hub, which comes from the Fab City Global Initiative movement formed by 38 cities and regions around the world that design new methods of digital manufacturing and data management for the circular use of resources.

As a temporary location for the Fab City Hub in Milan, the area of Ex-Ansaldo, in the Tortona area, has been chosen. A historic electromechanical factory and urban manufacturing center of the last century.

This choice stems from the conviction that, in order to make a city truly circular, we must first understand where everything that the city consumes comes from (and where it goes after consumption).

It is in fact by bringing the production of certain products within the city walls and enhancing what already exists that we can closely see the needs (in terms of resources) of the production chain, and manage more intelligently the waste coming out of it.

The Fab City Camp was also a great chance to present the project within which the Hub is placed: CENTRINNO.

The launch event on June 23rd allowed us to introduce the concepts, the ideas, and the roadmap behind CENTRINNO. It was an opportunity to start creating a strong network of people, companies, startups and institutions to move the program forward and we did that through talks and co-design tables. 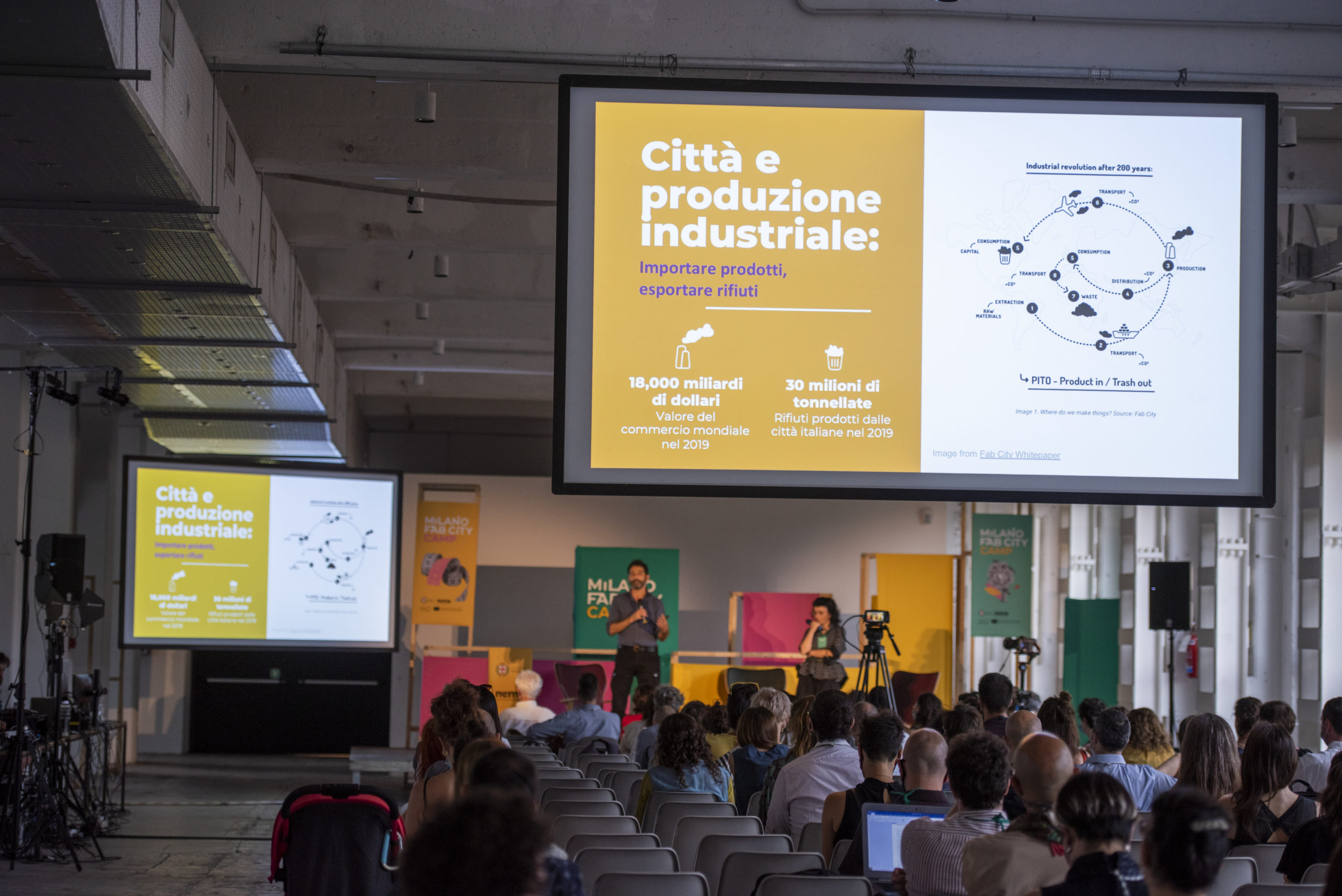 Zoe Romano (NEMA Network) and Annibale d’Elia (City of Milan) opened the event, explaining the vision and opportunities behind CENTRINNO.

“What we want to do,” Romano said from the stage, “is to create a physical and digital space to develop fashion and design projects involving citizens, businesses and institutions bringing together a systemic transformation of the city.”

D’Elia, explaining the coordinator role of the City of Milan in the project, added that “there is no sustainable future in cities if we don’t rethink where and how things are done“, in continuity with the vision of Manifattura Milano that in the past two years has addressed these issues.

Along with the two project representatives, the event featured three special guests who are significant contributors to the international dialogue on future urban systems.

Tomás Diez, executive director and founding partner of the Fab City Foundation, streaming from Barcelona began by emphasizing the importance of the human factor, arguing that “when we talk about smart cities we have come to realize that there is not only the need to have technology but it is essential to learn how to communicate and integrate this technology into urban communities.” 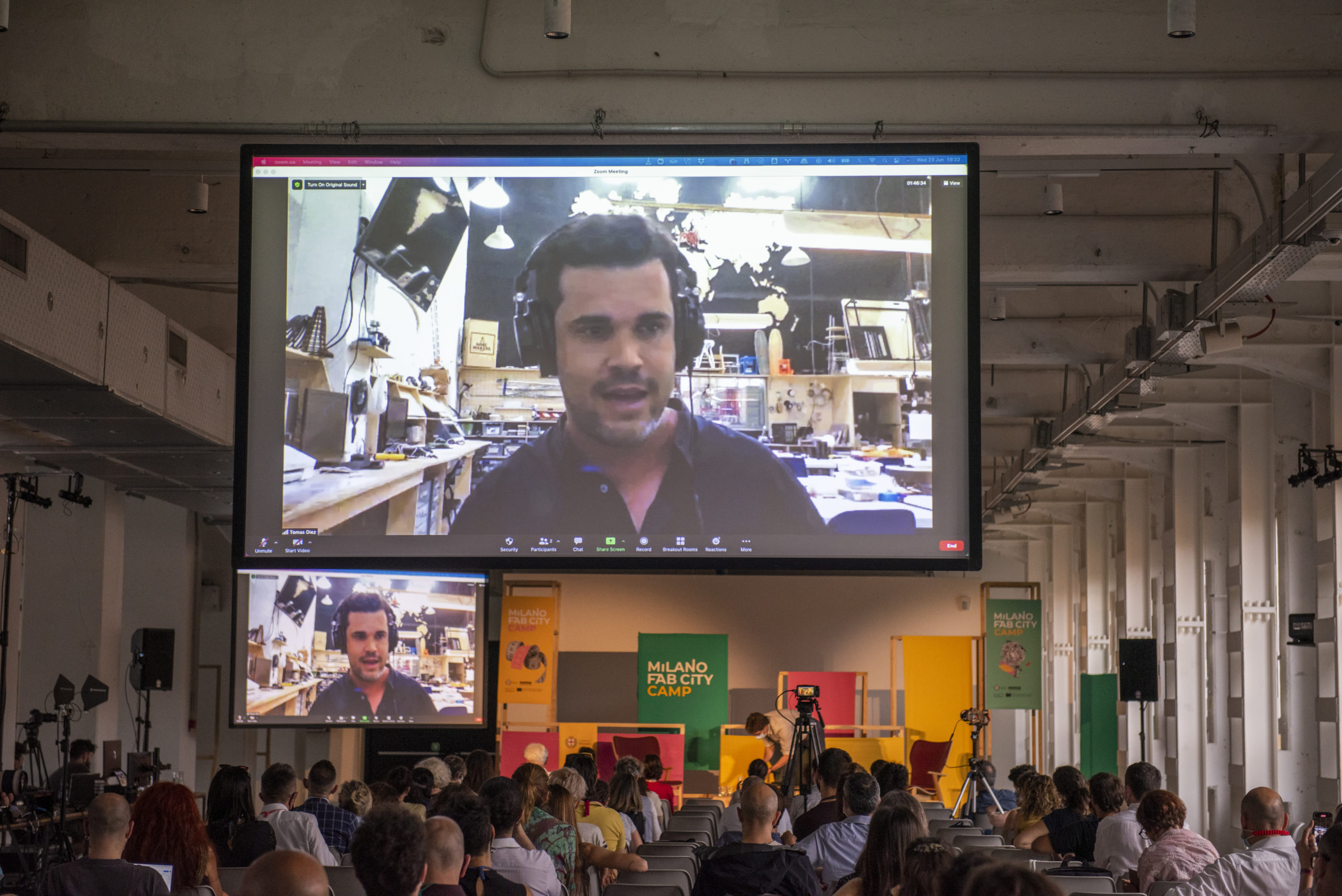 After Diez, Ezio Manzini, design theorist and founder of Desis Lab conversed with Cristina Tajani, Councillor for Labour Policies, Productive Activities, Commerce and Human Resources of the Municipality of Milan.

The focus of the dialogue was the so-called city of 15 minutes, an idea of a green and inclusive city, in which all services are at a maximum distance of 15 minutes by bicycle or on foot. 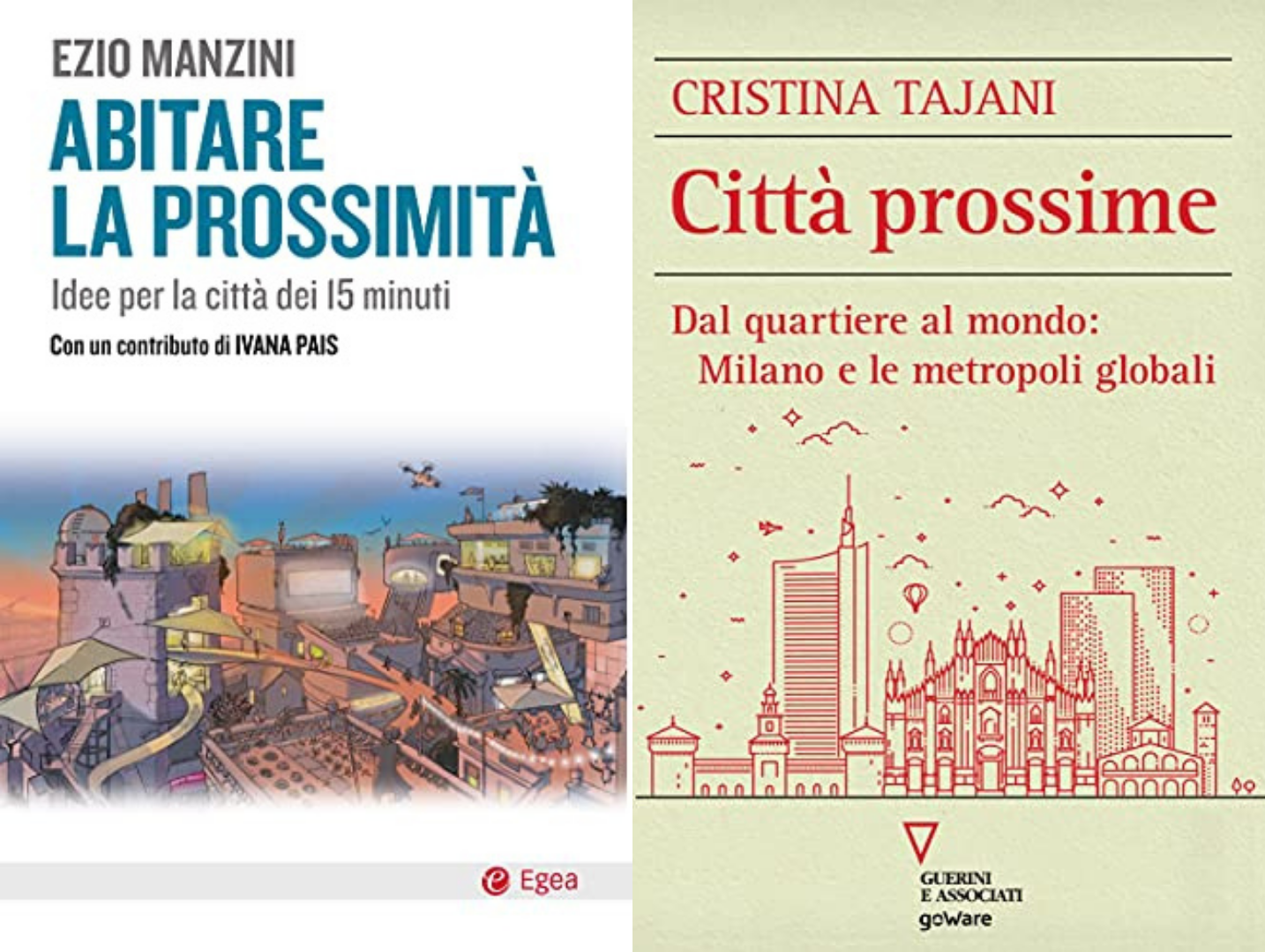 “We don’t want discourses on the city and manufacturing that don’t question how the work is done” Manzini begins. “Quality in a circular world is not only the finished product but it’s the quality of social relations, that is, that around the productive activity communities dialogue and actively interact.”

“The best ideas and policies we’ve implemented over the years have been the result of some form of co-design,” Tajani responded. “And if I had to point to one priority for the city today, on the post-pandemic recovery, it would be reconnecting the city with the productive sites around the city.” 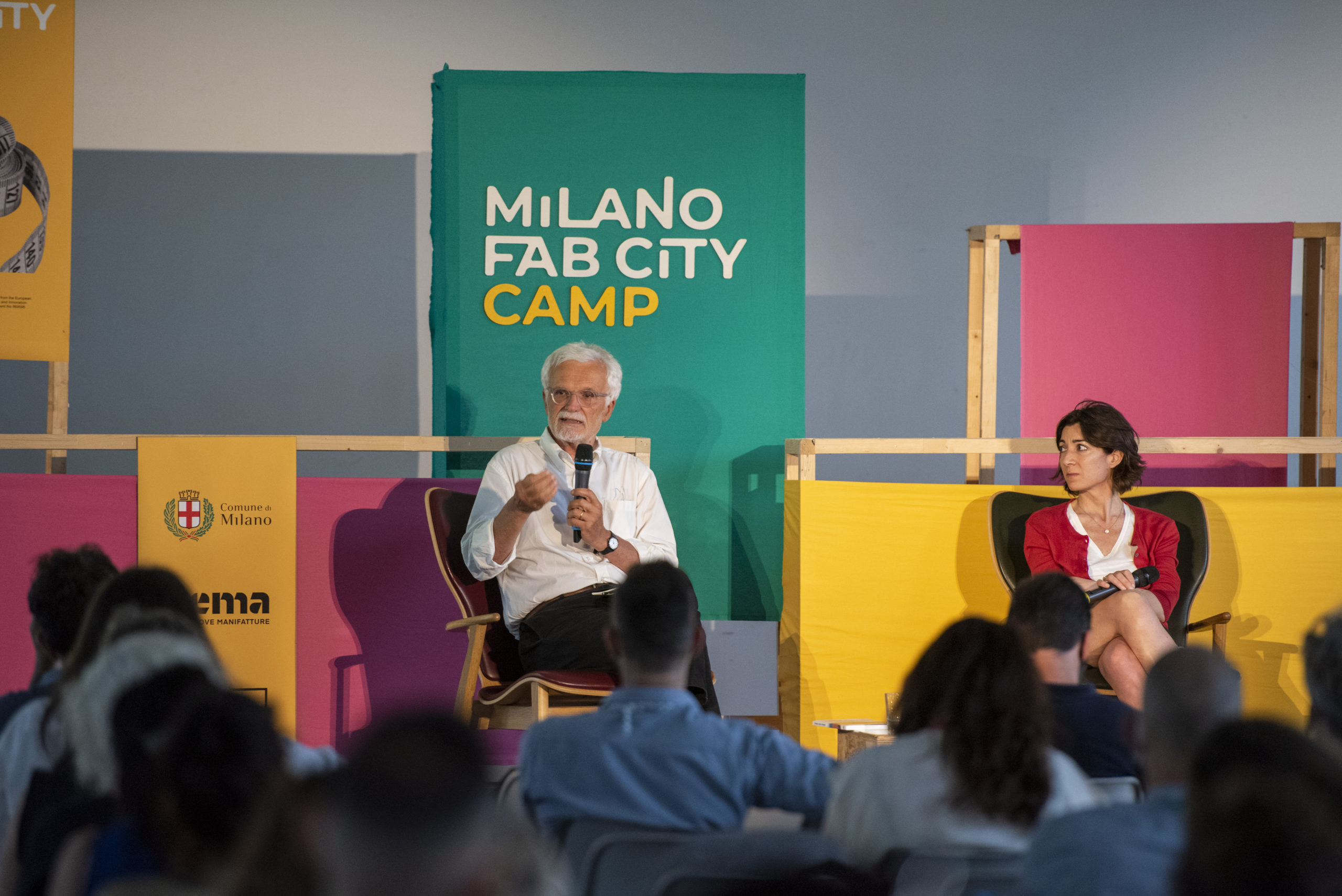 Following the talks, 10 thematic tables of co-design were held in the afternoon, with the participation of more than 80 organizations.

Tables in which discussions took place in an active and participatory way and from which several ideas emerged, such as the creation of a digital manufacturing platform, in which artisans and manufacturers share spaces, ideas and resources to generate product and process innovation in the circular economy. Or Circular-made in Milan, an eco-label that works as a tracking and labeling system for raw materials and finished products. Two fundamental concepts emerged from the tables: partnerships between private sector and institutions to scale the urban circular economy and the importance of formal and informal education to involve citizens and promote a proximity economy.

An innovative approach to train unemployed youth and adults in the new circular professions: from new manufacturing techniques to design with recycled materials to regulations on disposal and reuse of materials.

The ultimate goal, participants and organizers agreed, is to create a Fab City Community: a network of synergies between the world of FabLabs and that of traditional Italian craftsmanship to carry out a participatory and co-designed transition of the urban production system towards a circular and regenerative model with the support of the municipality.