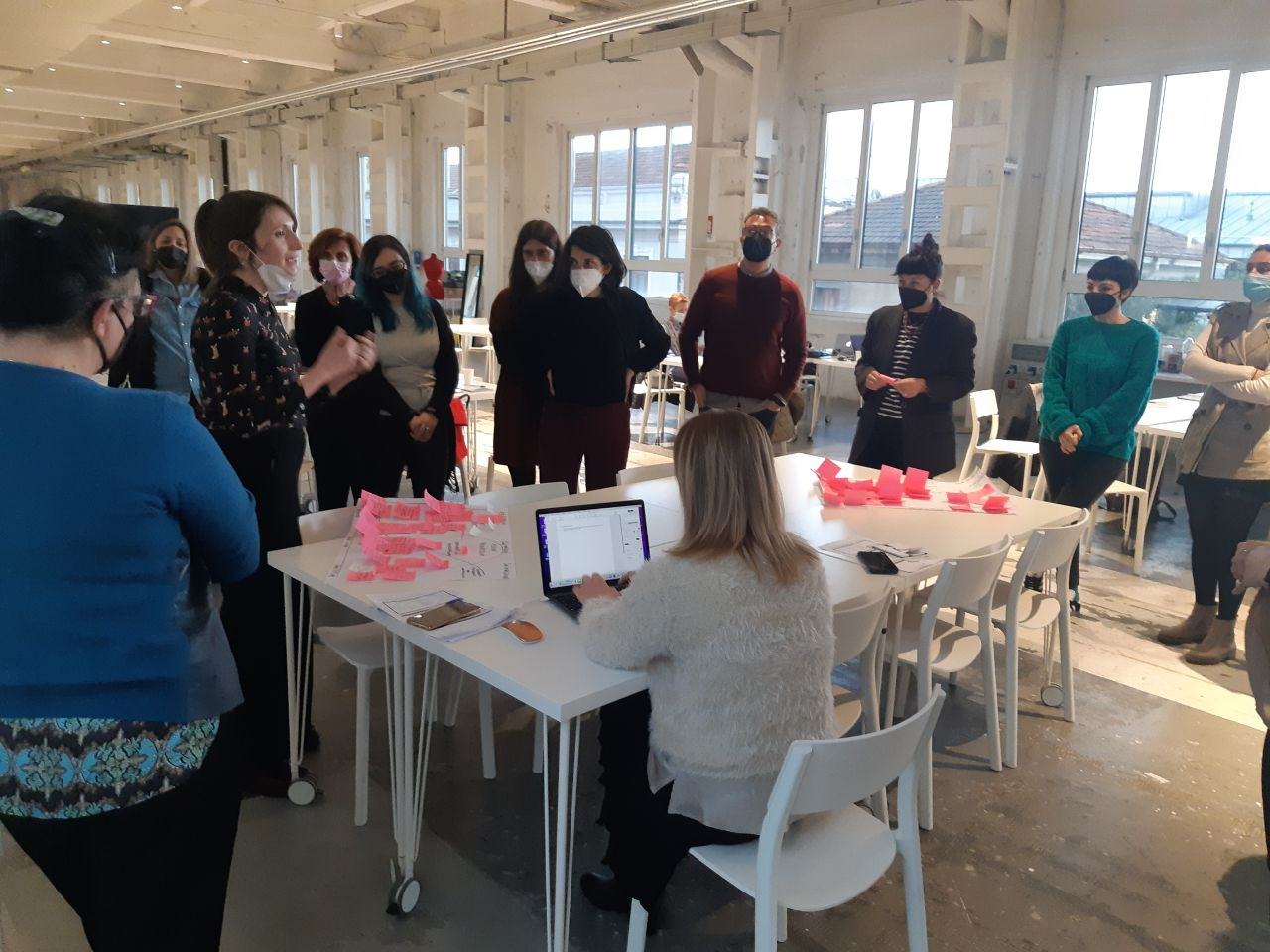 Centrinno project brought the opportunity for Milan to develop new ideas on how to redefine its production models. Production is meant here in a broader sense, as interchange and contamination of skills and material flows – in a circular key. Starting from a specific district, which was always at the heart of Milan’s production activity, is a starting point for the development of district micro economies capable of internally satisfying the city’s need for goods and services.

Inspired by the idea of the Fab City Initiative, a network of 38 cities and regions around the world that are committed to producing 50 percent of what they consume locally by 2054, one of the objectives of the Milanese pilot is to set up one or more Fab City Hubs in Milan: spaces for citizens and businesses to promote digital and circular manufacturing on a neighbourhood scale.

In order to analyse, understand and stimulate processes and synergies between the various actors involved, the Milanese pilot followed a bottom-up approach by first mapping the key stakeholders and defining through events and moments of co-design new ways and processes of local production.

Two years after the start of the project, this blogpost aims to recount the results achieved by retracing the main events and initiatives, as well as the future prospects of the Milanese pilot.

The first steps of a community

The first public event that kicked off the activities was the Fab City Camp (23 June 2021), a first moment of involvement and co-design of local actors around the fashion and design sectors.

The event brought together around eighty local organisations; micro and small enterprises, makerspaces and designers to learn about the project and make an imaginative effort together on the theme of urban circularity in manufacturing and how to enable it.

The discussion with the various actors involved, sharing criticalities and opportunities of developing circular production symbiosis put a light on the need (and in some way the request) to set up a joint path; to create the basis for the establishment of a real community of organisations united by the need to accelerate circular economy mechanisms at an urban level.

Co-design and involvement: the key elements of change

The organisations that participated to the first event were mapped and a contact list was created to initiate more opportunities to explore common goals and themes. The first step towards the creation of a community was to launch a digital tool – the www.manifattura.milano.it platform – that could keep the interest alive on the general themes of circular manufacturing and at the same time give the community the possibility of interacting.

Then, the activities were divided in main two streams: on the one hand, the setting up of two working groups, one dedicated to design, the other to textiles and fashion; on the other hand, the organisation of creative residencies as concrete evidence of how it is possible to create from flows of materials (recycled or pre-consumption) at a local level and of the economic and cultural value of the synergies between the various players involved.

In terms of results, the work of engaging and involving the community around the two working groups has certainly allowed a greater understanding of the needs in terms of finding materials and regulatory obstacles and has made it possible to create strategic alliances around common projects. Examples of this are the various events/products jointly presented by the participants in the tables during the past Milan Design Week.

In order to make these processes of circular production in the neighbourhood visible and concrete, and to accredit them to a general public, three international designers – Vicente Varella Forcada, Tobia Cecchin and Sara Alvarez – were involved in two separate residencies. They experimented with and created prototypes from recycled and deadstock materials and pre-consumer materials.

From theory to practice, the first product born from local circularity

How to create proximity circular economies starting from the waste and inventories of textile companies close to the city was chosen as the thematic focus for the second creative residency event; a path that involved international designers, urban tailors and ateliers, hotels, fabric producers and representatives of the Milanese association world.

The materials, with which the two designers involved were able to experiment, came from the mapping and involvement activity aimed at identifying a whole series of companies and organisations that have stocks of fabrics that are unused because they are in short supply or cannot be sold because they have small defects.

In this first phase of experimentation, the contribution of a historic Milanese hotel, the Grand Hotel Et De Milan, which donated a number of high quality cotton sheets with good reuse potential; Tessitura Grisotto, which provided a few rolls of multicoloured cupro, a fibre derived from cotton and similar to silk or viscose. Finally, the stockist Guerra of Gallarate contributed a number of sample fabrics.

Thanks to the support of Spazio3R – a sustainable tailoring atelier that provided skills and machinery for the two designers – a synergy was created that represents a virtuous example of circular economy on a neighbourhood scale.

At the end of the residency, new goals were set and new projects were planned that would go in the direction of creating more “circular bridges”. The aim is not only to create connections between raw material companies and processors, but to become possible accelerators of urban economies ourselves.

Manifattura Milano is seen as a story, emphasising the process of dialogue and co-design of the manufactured product. It represents the values of the producers who are part of it, and above all makes it possible to increase demand and visibility for products born in this context.

The first product within the Manifattura Milano project produced by Spazio3R. It is a tote bag used during  the Consortium meeting of the Centrinno project held in Barcelona at the end of May 2022.

Now, with this first examples, the pilot is aiming to enable new products that can represent the local circular production. 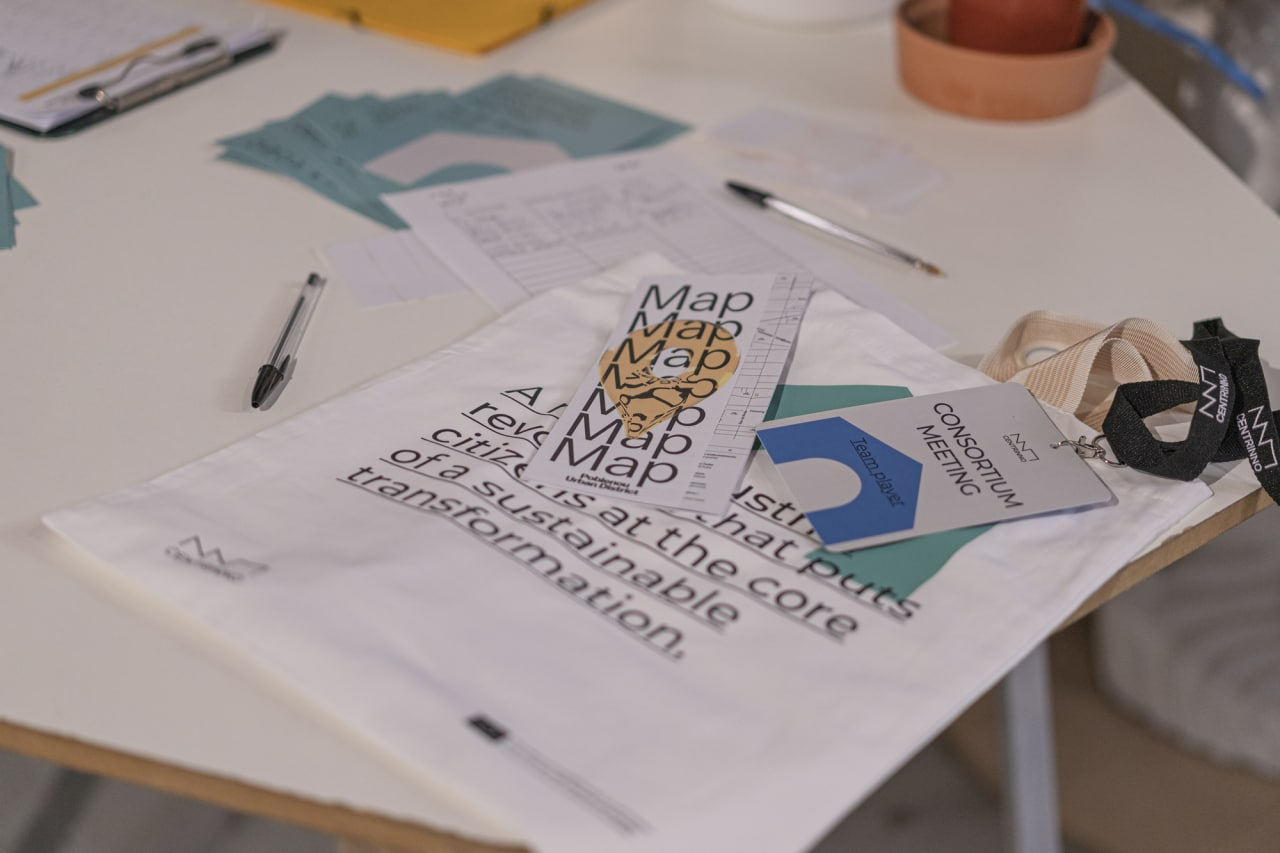 Working together to answer the need of a new way of thinking about production processes in the urban context has highlighted two aspects that will be the subject of development and analysis in the near future.

On the one hand, the growing need for technical-theoretical expertise around the themes of circularity has led to the definition of  a path of informal training appointments that will start next October until April 2023.

The pathway will focus on circular urban processes with attention to social and cultural heritage as a catalyst for innovation, social inclusion and the promotion of a diverse, inclusive urban economy.

The main objective of the course is to gain a better understanding of the concepts of the urban circular economy from a theoretical and applied perspective in order to develop innovative solutions in the area of prevention, repair, reuse and utilisation of waste materials starting from a 15-minute city idea.

On the other hand, the desire to broaden the mapping and involve a wider group of stakeholders around the project’s themes has prompted us to organise a two-day event (February 2023) during which, in addition to involving the existing community, it will be an opportunity to create a synergy with the policies of transition to circularity that are being developed within the Milanese administration.

To stay up-to-date on the Milanese pilot’s projects and initiatives, we recommend you follow Manifattura Milano’s official channels: