Shortly before starting the Fab City Residency, we wrote that “a society, an economy, a city can be truly circular if it is based on a collaborative process”. Today, a week after the end of this experience, we can only confirm, and further highlight, that the key to scaling up circular economy processes lies in collaboration and co-design.

Indeed, the residency was born and developed first and foremost thanks to the collaboration with BASE Milano (a creative and cultural hub participating in Rete Nema) which was organising 5 creative residencies within the We Will Design programme on the occasion of the Milan Design Week, this year for the first time in September.

“We didn’t know what to expect from this strange Design Week, and the response from the public, the press and industry professionals has been enthusiastic,” says Giulia Cugnasca, Operations Director of BASE Milano. “The goal for BASE was to create a platform that could welcome a new community of Italian and international designers, universities and young students. Temporary Home was the first step in this direction: working with the 5 designers in residency, reflecting and facing with them the challenges that the last years have posed to us has been really stimulating.”

The Fab City Residency was part of the Temporary Home programme and was organised by the City of Milan and Rete Nema under the CENTRINNO project with the idea of focusing specifically on circularity within a very short supply chain, involving one of the innovative companies that took part in the Fab City Camp last June.

The symbiotic process that led to the residency involved collaboration between the designer Vicente Varella, who specialises in circular design, SuperForma, a digital fabrication and 3D printing laboratory that produced the slabs Vicente worked with, and the two fablabs part of Rete Nema, WeMake and Opendot. 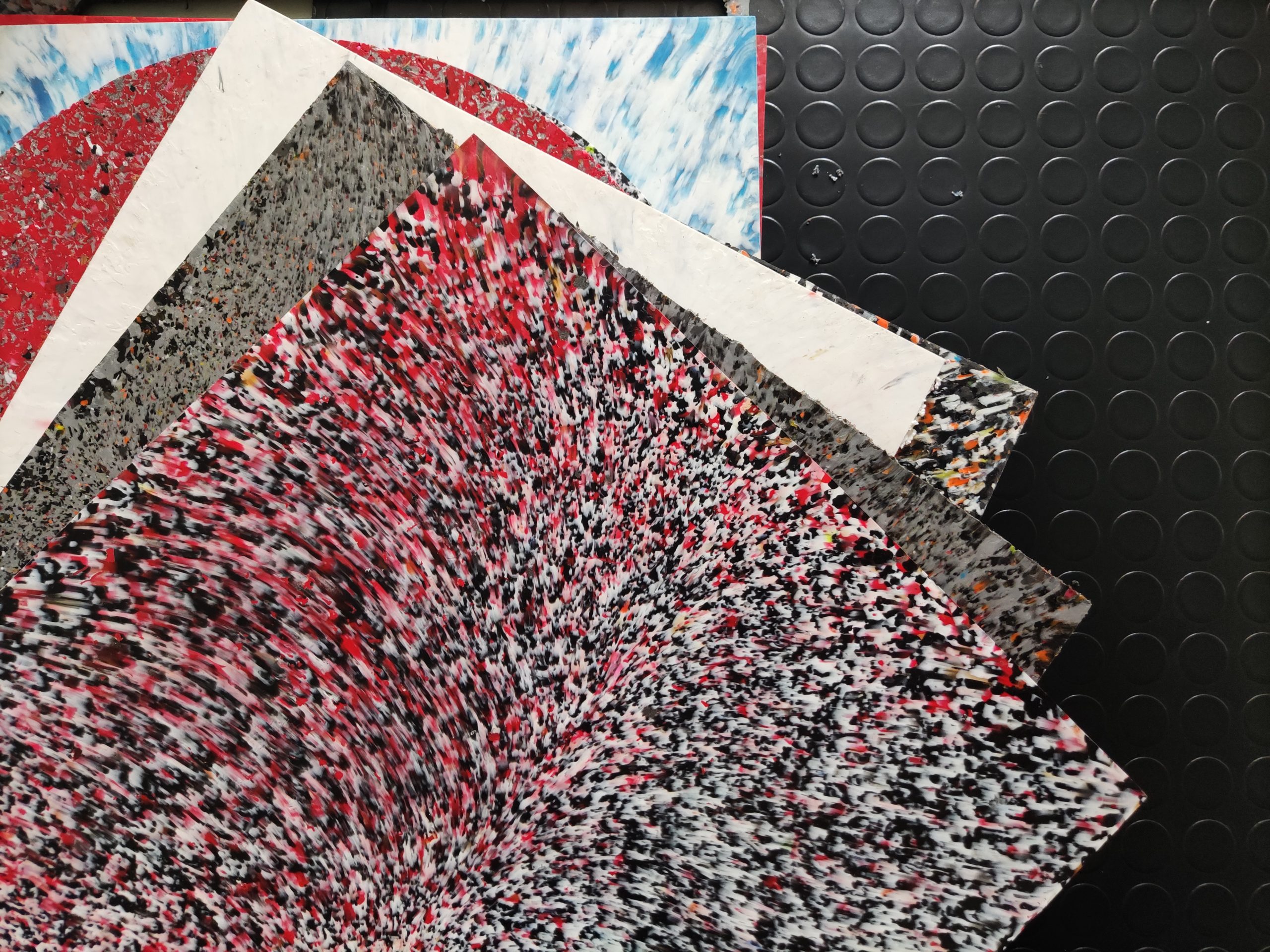 Mattia Ciurnelli, Founder and CEO of SuperForma, says that “the Fab City Residency was a significant occasion for SuperForma, because it allowed us not only to see but to touch with our hands the last year of work and research. The project to recycle 3D printing waste in Milan acquires value precisely when it involves other people who can see the waste material, the ground material, the semi-finished product and the finished work. For the future we hope that events like this will happen again because the residency showed us that in the world of digital manufacturing there is a desire for sustainability and collaboration rooted in the city in which we operate.”

During the Design Week, Vicente Varella designed and produced this family of lamps and thanks to the cohesive work carried out by BASE, he was able to meet the other four designers and interact with their respective residencies, setting in motion exchanges of ideas and possible collaborations. 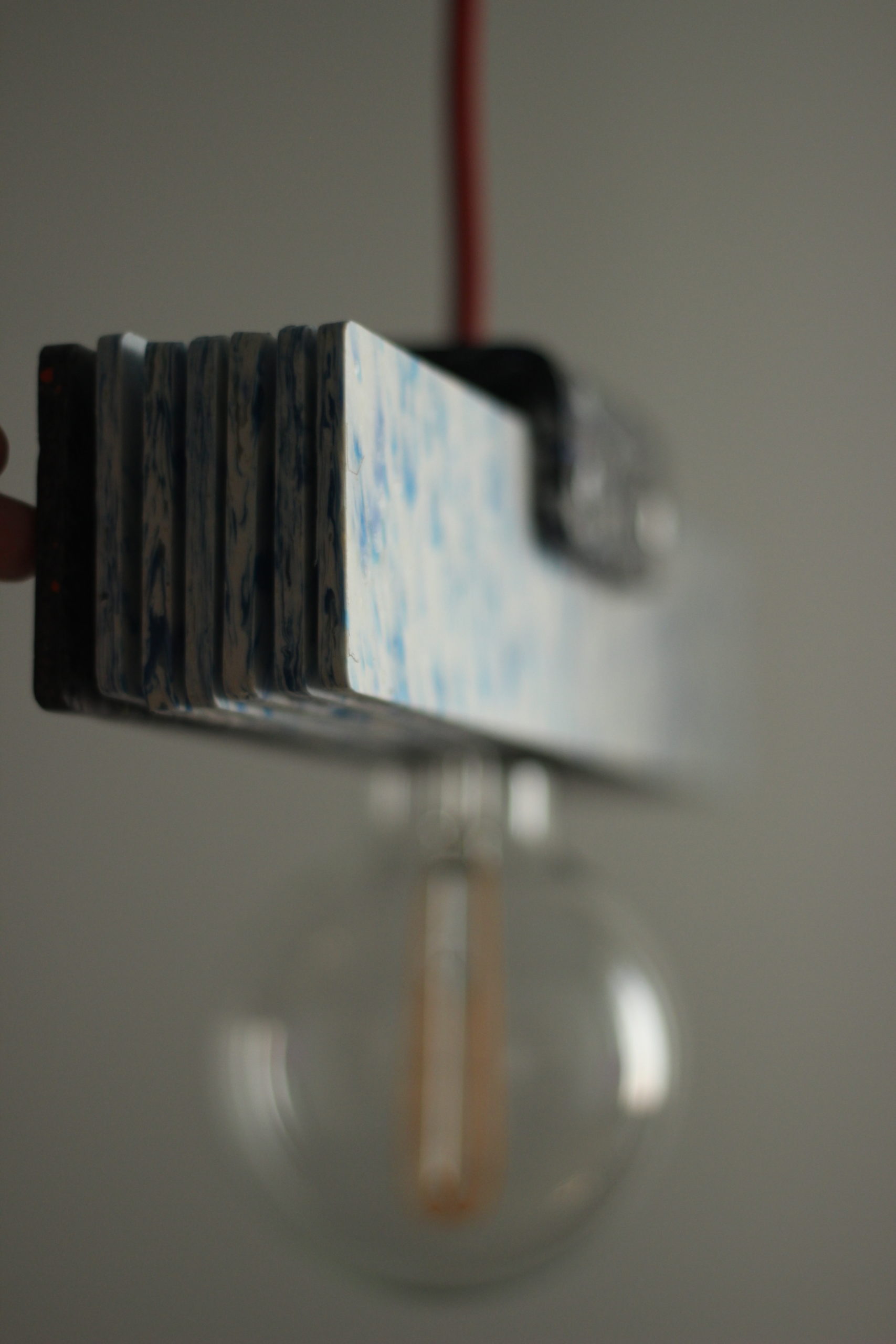 “It’s been two weeks full of all kinds of activities,” explains the designer. “From testing CNC (Computer Numerical Control) models for bending recycled plastic sheets to presenting dozens of visitors with a different way of producing locally. A bit hectic at times but it was really interesting for me to be part of such a project in Milan. Even though the residency was short it taught me a lot about social and environmental urban projects and in general it was an incredibly stimulating experience.”

Vicente Varella at work in the studio at BASE Milano

During the Design Week, Vicente Varella, Mattia Ciurnelli and Zoe Romano from Rete Nema met digitally during the Fab City Hub Voices event to talk about the CENTRINNO project in Milan and how the residency fit into that context.

“What struck me and needs to be highlighted,” says Zoe Romano, “is the propensity of the actors involved to work in a pre-competitive open innovation context, where the process innovation experienced before and during the week is available to be used by small manufacturers to make families of products from this recycled plastic. One of the next steps would be to optimise the process, making plastic processing faster and more efficient and supporting with mentoring and training those who want to embrace these circular design practices.” 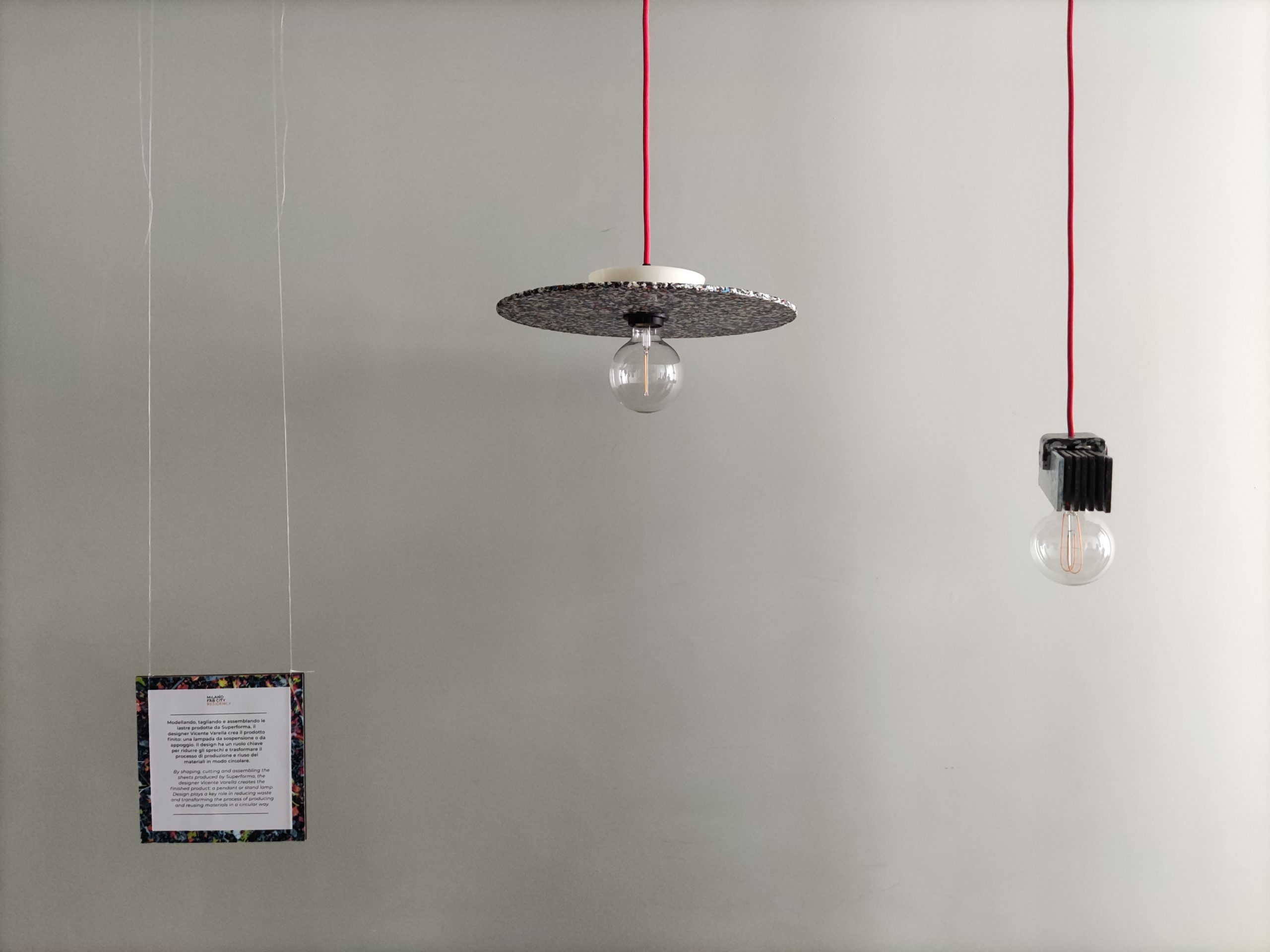