One of the main challenges that creative and productive hubs face in European cities is integrating effectively social inclusion in their agendas. Many hubs aspire to expand their borders way beyond their physical venues, to encapsulate the whole neighbourhood or the city that hosts them. As natural platforms for exchange and community building, some hubs may want to adopt a more extroverted approach and evolve from isolated co-working spaces to thriving social centres. But this task is not always an easy journey.

In order to shed more light on the do’s and don’ts of this process, CENTRINNO’s partners initiated Building Fab City Hubs: inspiring stories and insights, a series of inspiring sessions to share good practices, models and methods with the nine pilot cities. In the first appointment of the series, the pilots had the opportunity to be in dialogue with Vassilis Chalarampidis, co-founder and creative director of Bios-Romantso, the first creative hub set up in Greece. The session focused on BIOS’s history and how it succeeded in becoming a crucial lighthouse within the neighbourhood of Gerani, by taking up a series of effective inclusive actions.

A challenging district of Athens

The district of Gerani is located in the city centre of Athens. It hosts a great diversity of communities of different cultural backgrounds, ranging from Greek to Pakistani, Bangladeshi and Chinese. Such diversity translates into the assortment of different local businesses scattered around the district. Small shops, restaurants and enterprises give life to the busy streets of the neighbourhood, but some of these businesses had to shut their doors for good, due to the economic crisis.

Before the settlement of Bios in the neighbourhood, the reputation of Gerani was that of a difficult district of the city, where streets are left untamed and overrun by small criminality. Far from the splendour of the Acropolis, Gerani showed a less tarted up reality, with neglected infrastructures and communities. The local community is composed of a great share of immigrants and asylum seekers, who often face long periods of unemployment. In a ceaseless wait for a job opportunity, street life became the main source of income for some people, who collect and resell materials trashed in the streets.

In spite of this bad reputation, the founders of Bios saw the richness that Gerani’s diversity represented and decided to take action. Bios was set to become the cement that eventually connected the various actors in the neighbourhood and gave a platform for the potential of Gerani. 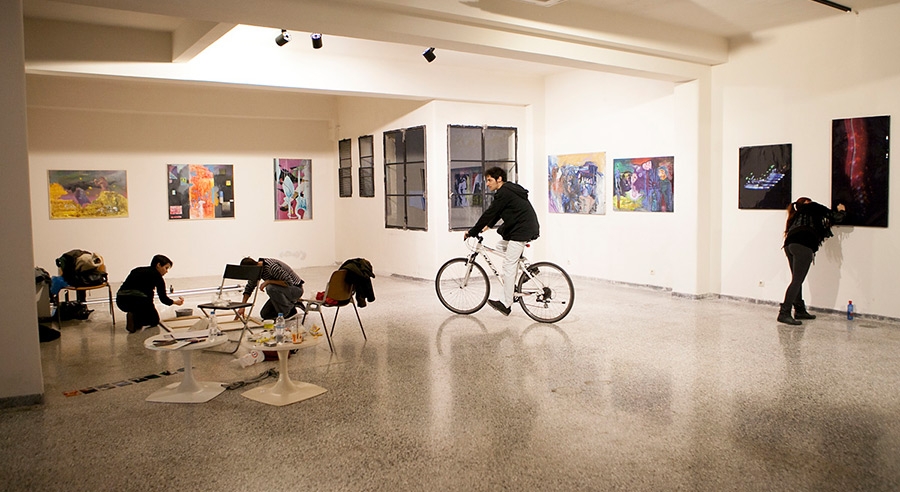 Romantso: from dump yard to lighthouse

Bios is a private non-profit organization that was born in 2001. The moment the co-founders decided to settle in the former headquarter of Romantso, an iconic post-war Greek magazine, they triggered a requalification process that gradually transformed life in Gerani.

Romantso was meant to give space to a coworking space and a creative hub, but to start off Romantso had to rise from its ashes. A renovation plan transformed the neglected building into a new accessible space that soon brought new life to the street. A new multifunctional space created room for artists, creatives and small businesses to work together. It brought new audiences to the neighbourhood with different cultural events, parties and workshops

However, to avoid creating a sealed bubble in the neighbourhood, Romantso carried on a more extroverted approach, parallel to its ordinary agenda. The idea of a social centre, in addition to a cultural one, permeates Romantso’s essence.

Overall, Romantso has made engaging with the local community a constitutive feature. The interaction with the neighbourhood has happened in a proactive as well as in an attentive way. This means designing ad hoc projects but also being sensitive to the context’s needs and providing what is needed to fill those gaps.

On another occasion, during the so called Gerani Festival, Romantso started a collaboration with local businesses of different backgrounds and produced a series of maps of the area, in order to track and give visibility to the thriving community that inhabits it. In this way, businesses such Indian or Bangladeshi restaurants enjoyed all the positive externalities of a creative hub located in their same street, sharing and exchanging the same audience.
Soon enough, the initiatives that were shaping the new face of Gerani gained visibility and a new buzz was created around the area. Romantso, with its engaging initiatives, transformed a challenging city area into a more under-the-radar district, giving voice to its citizens and changing the public opinion for the better. 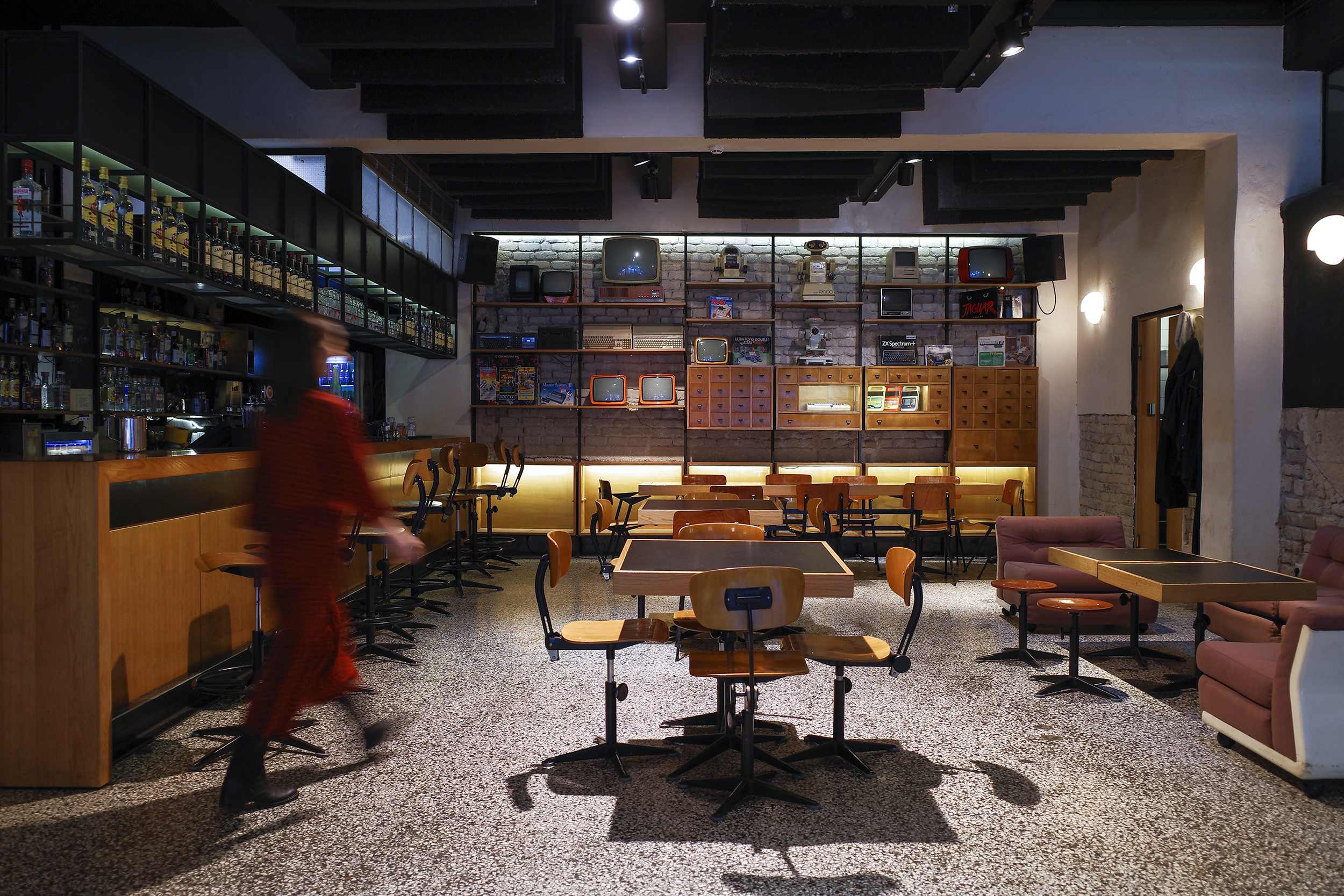 A model for Fab City Hubs

In the last years, Bios-Romantso got the attention of the press and of policy-makers. Besides its incubation program and cultural initiatives, the presence of Romantso in Gerani had a steady and positive impact on the community. The municipality of Athens has acknowledged the model of Bios-Romantso and implemented it also in other districts of the city.

Bios-Romantso is also part of the European Creative Hubs Network (ECHN) and was included in the “Creative and Productive Hubs Journal”, a document produced by CENTRINNO’s partners to showcase a series of remarkable hubs across Europe. The Athens-based hub has then proved to be a model of good practices in the field of social inclusion, an example to take into consideration for the implementation of the future Fab City Hubs.

The nine pilot cities of CENTRINNO come from different areas with their own challenges, but they all share one goal: accomplishing an effective inclusive agenda. The lesson learned from this first session of “Building Fab City Hubs” is that adding a “social” to the usual “cultural centre” could be a winning strategy. By actively listening to the neighbourhood and its citizens’ needs, hubs can design ad hoc practices that foster coexistence and participation. In doing so, it is possible to avoid exclusive gentrifying systems in which high-brow cultural spaces thrive at the expense of smaller traditional businesses.

With this first appointment, the pilot cities had a glance of winning solutions for common challenges, but the journey has just started. The series of sessions took off with a focus on social inclusion, but the next step will delve into the theme of vocational training with the second session taking place on the 14th of July. New insights and inspiration will be gathered, to feed into the upcoming Fab City Hub Toolkit. 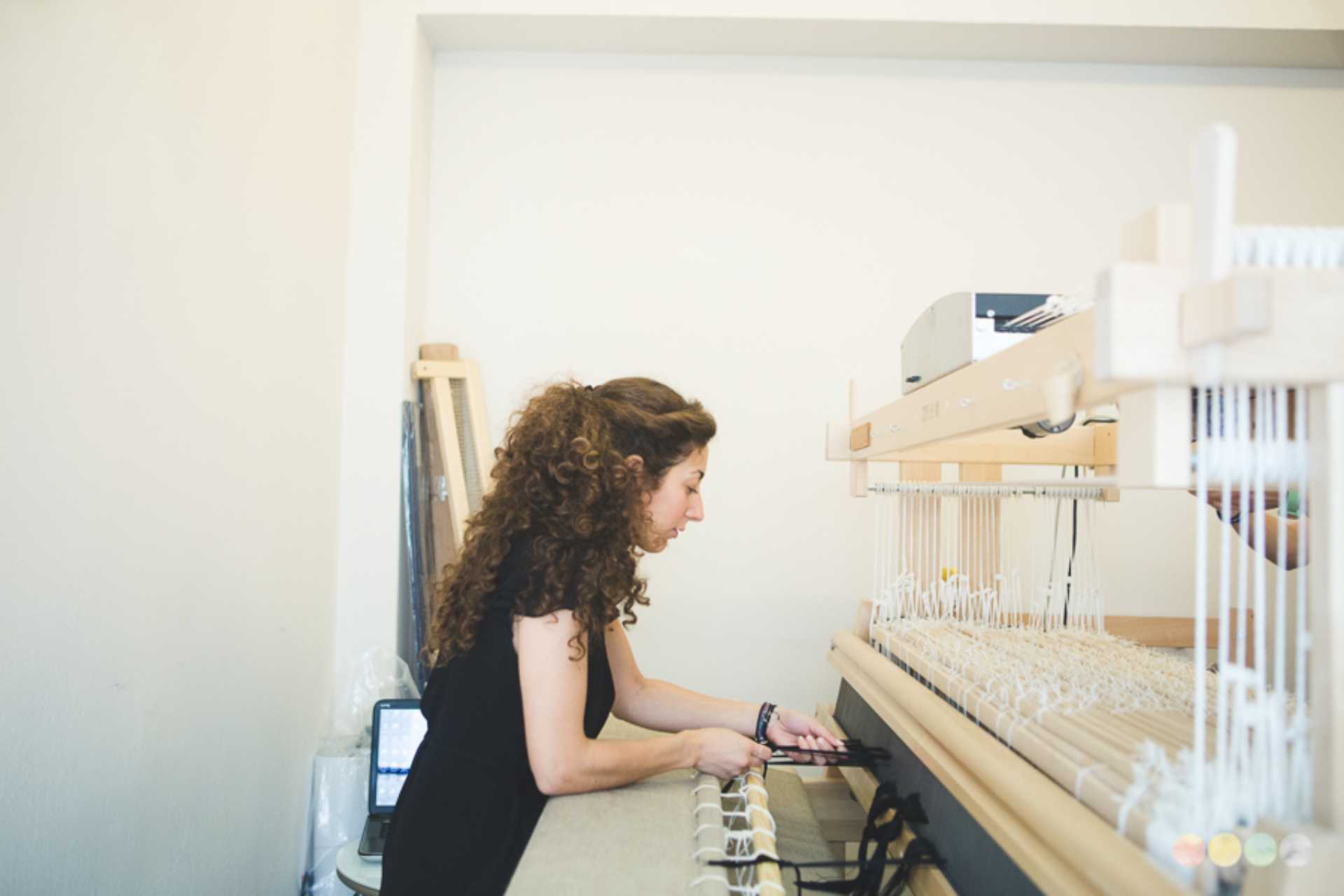 All photos are Romantso’s copyright.