How was this made? What material is this made of? Where was this produced?

How was this made? What material is this made of? Where was this produced?

Citizens are surrounded by the built environment, by artefacts or to put it simply: by “things”. At home, at work, at school, outside or inside. They are functional, aesthetic, or simply made to make one feel good.

Things that are made by people, machines or most often a combination of both. But when was the last time you took a “thing” into your hands and wondered: How was this made? What material is this made of? Where was this produced?

Most likely you will pick it up; turn it around; and read a small sans-serif font that says “made in china”.

During the 20th and 21st centuries the industrial revolution went into a new (global) stage. The aim for continuously optimizing production methods spawned innovations such as conveyor belts, automated processes, and robots. Basically, Europe has become “great” at making things at scale. However, the exploitation and consumption model based on (unfair) economic growth has also led to considerable deficits. European cities have transitioned into a new era, an era in which most products are made hundreds of miles away from where they are bought and used. As a consequence manufacturing only takes little role in the urban life in European cities today, shifting the focus on services rather than production. 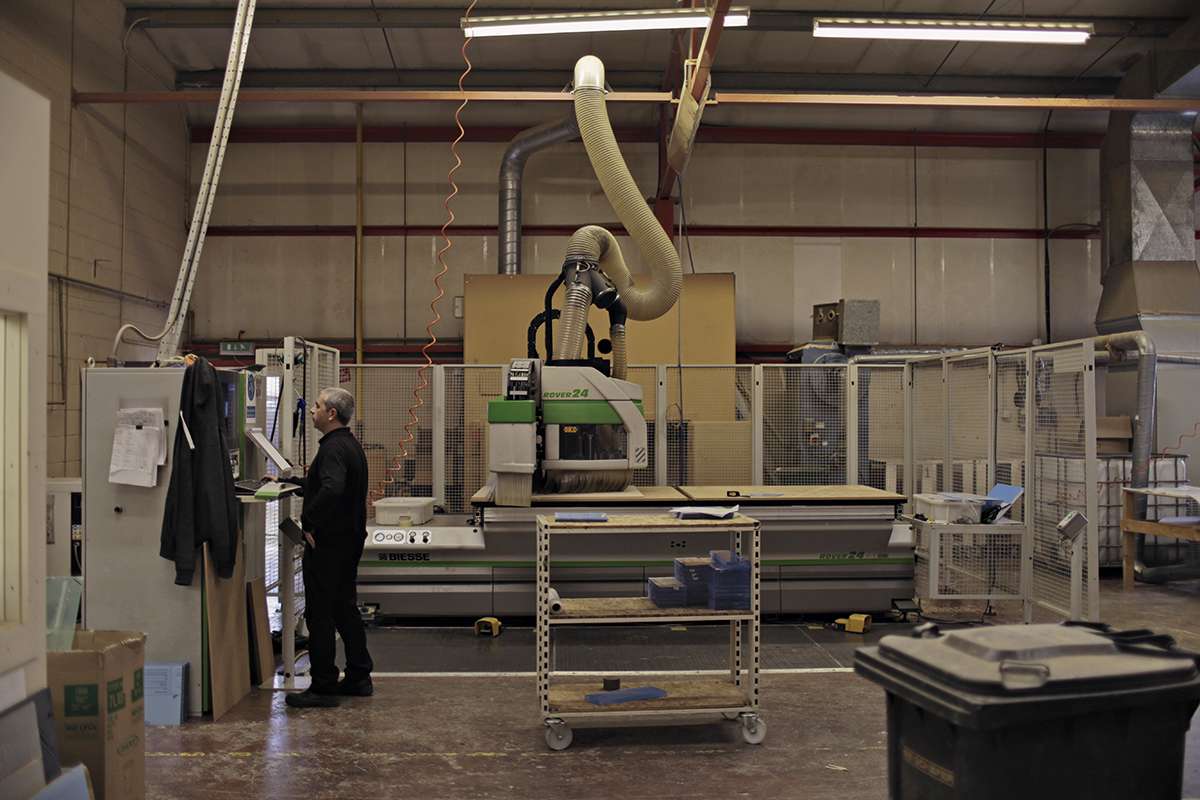 The downside of this transition becomes even more evident in times of COVID-19 in which transportation of goods is limited and shelves in local stores stay empty. The current shortage of materials and containers worldwide has a massive influence on fabrication processes in all production scales. Which becomes even more when accidents such as the blockage of the Suez Canal take place.

It is challenging to foresee what role manufacturing will play in the future, considering current, mid- and long-term needs and desires. Much of it will depend on policymaking, urban planning, and capacity building in local economies. However, local manufacturing plays a key role in “resilient city making”. It supports and sustains the local (circular and equitable) economy and is stimulating innovation through cross-pollination of expertise and practices across world regions. Aligned with the CENTRINNO vision and the Fab City approach to the transition from a Product-In Trash-Out (PITO) to a Data-In Data-Out (DIDO) model, Make Works is supporting and showcasing the local capacity of manufacturing in urban areas.

Make Works – A global library for local and sustainable manufacturers

Make Works was originally started in 2014 by Fionne Scott in Scotland, from a very basic idea and need: “How can I produce things here? And why can I not find the manufacturer around the corner on Google Maps?”

Make Works is a global platform for local manufacturing that connects people and organizations who are interested in making with people who make. On a basic level, one can enter the Make Works website to find manufacturers, material suppliers and workshop facilities in and around their local area to collaborate and manufacture. This can range from bespoke items to medium and large scale productions. Each manufacturer, material supplier and workshop facility has their own profile or “listing” on the website. The listing offers in detail production specifics from machinery, processes, materials to products that can be made, the history of the manufacturing space and contact details.

Make Works puts a strong emphasis on the human aspect of each manufacturing space. Adding images, stories and concrete contact persons to start a conversation and inspire to collaborate. Users of the website can not only search specific machines or processes, they can also find women-owned businesses, traditional crafts, innovative techniques or facilities with an emphasis on circular production.

Many small to medium scale manufacturers are struggeling with the impacts of globalization which we mentioned earlier. Furthermore, they are often not able to compete with the communication tools of big corporations. Or to put it simply: They are often lacking the time or capacity to update websites, make high quality pictures, to add Google Maps locations and to create big communication campaigns. Make Works is offering qualitative visibility to the creative and productive people of cities and region. While doing so it stays 100% free for manufacturers.

Showcasing the local production capacity, Make Works is able to foster material exchanges of local actors for a circular production, cross-pollinate knowledge and build communities. The platform, together with the regional communities, can increase the resilience of cities by cultivating these connections and supporting the local economy.

Two of the nine CENTRINNO pilot cities have started their own Make Works region, while diving into their surroundings, understanding their local manufacturing and creative capacity. They are searching for local craftspeople, workshop facilities, materials suppliers and manufacturers, listing them with qualitative and quantitative information on Make Works to make making locally more accessible and supporting the development of a manufacturing community. Here, you may read some reflections by the two regions’ champions:

“The Make Works Paris team’s targets  of local manufacturing is focused both on the alternative urban food system actors with CENTRINNO and Ars Longa and, craftsman’s workshops using digital tools with on digital tools  Distributed design and Fab City Store.  The vision is to create opportunities between actors and highlight their original approaches for a territory and its inhabitants.

For Make Works Paris, we focus on collaborative processes between actors, and how the infrastructures of the local productive ecosystem s are success stories (with Fab City Store). We also point out methods to duplicate anywhere else or to adapt by combining them with other manufacturing actors, and inventing new economies.” 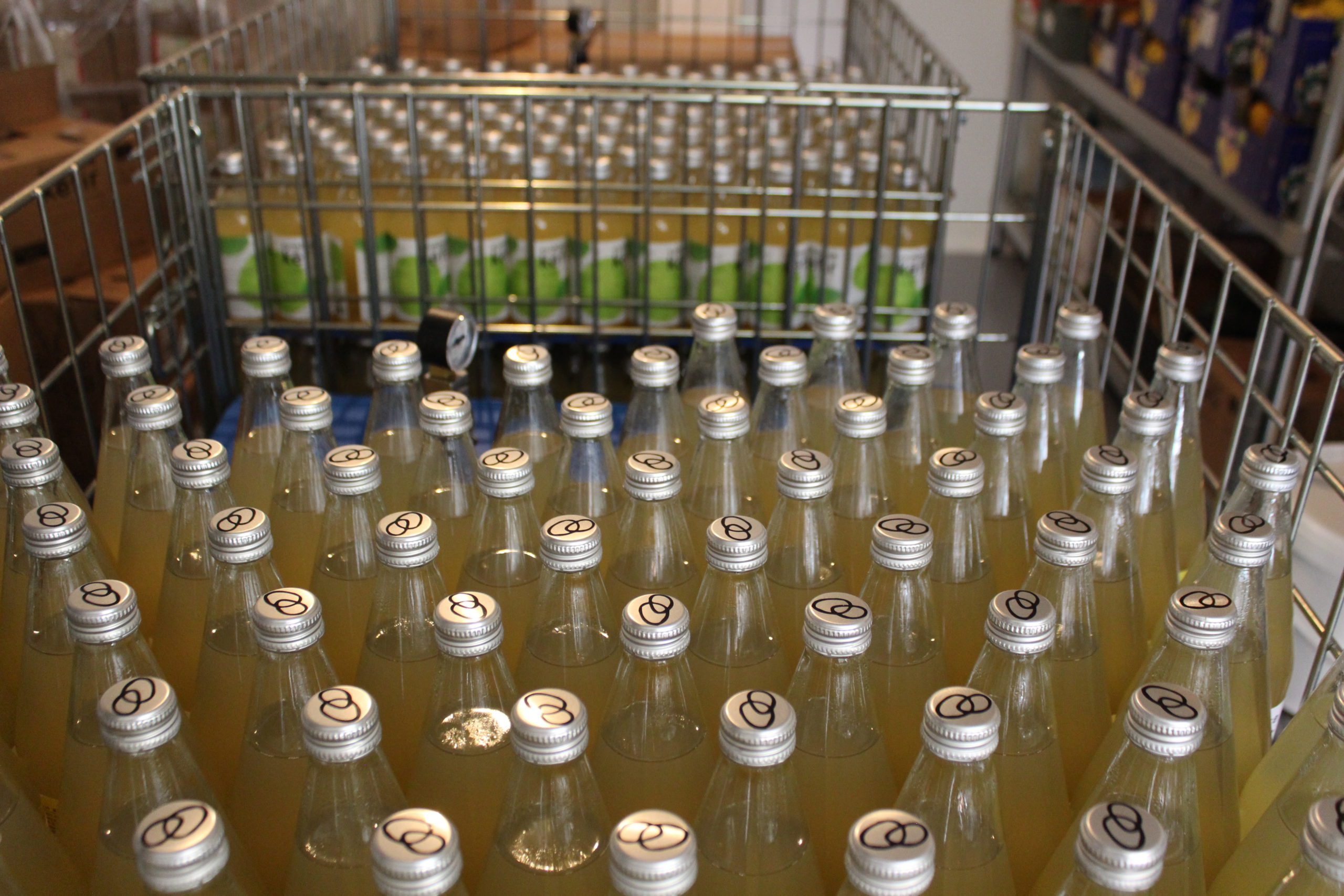 “Make Works Catalonia is managed by Fab Lab Barcelona and is part of both CENTRINNO and the Creative Europe funded project Distributed Design.

The location of Fab Lab Barcelona in Poblenou, a Barcelona neighbourhood also known as the ‘Catalan Manchester’ in the 19th and early 20th century, played an important role in the first steps of Make Work Catalonia. We have been exploring the past, present and future of the area, acknowledging its industrial heritage and the gentrification challenges generated by the strong urban transformations.

This industrial area of high historical value had elements of industrial heritage abandoned and the manufacturing profile that played a very important role in the local economy has also been less and less visible. Make Works Catalonia wants to map and give visibility to the productivity potential of Poblenou, by connecting local manufacturers and fostering collaboration through circular economy practices.

Our past experiences and collaborations in the neighbourhood gave us the possibility to engage with known members of the local network and make the first listings. Through the existing network we explored further connections and people who contribute to the local productivity, slowly crossing the boundaries of the area. With this acquired experience and prioritizing close contact with local manufacturers, we hope to make more connections and slowly grow our region.” 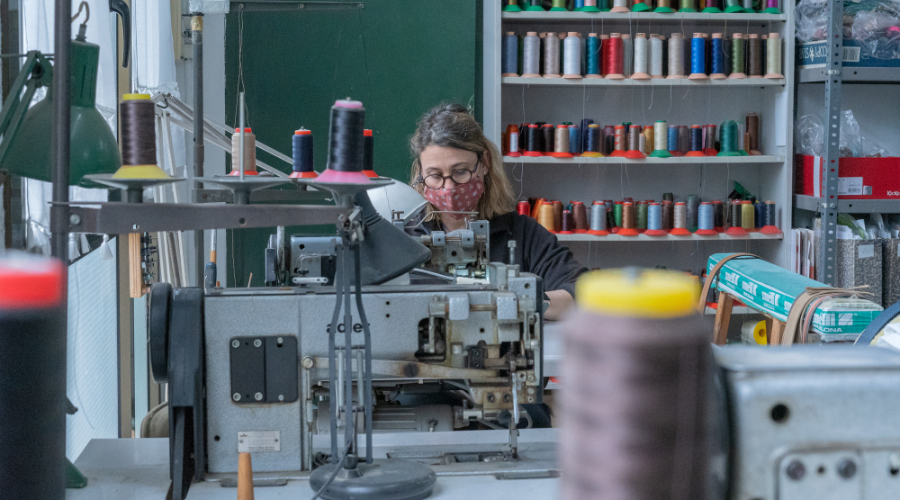 When was the last time you considered making something? Or someone you know? Explore Make Works to make and produce locally, learn about how tinsel is made, or how to build strong relationships with manufacturers.