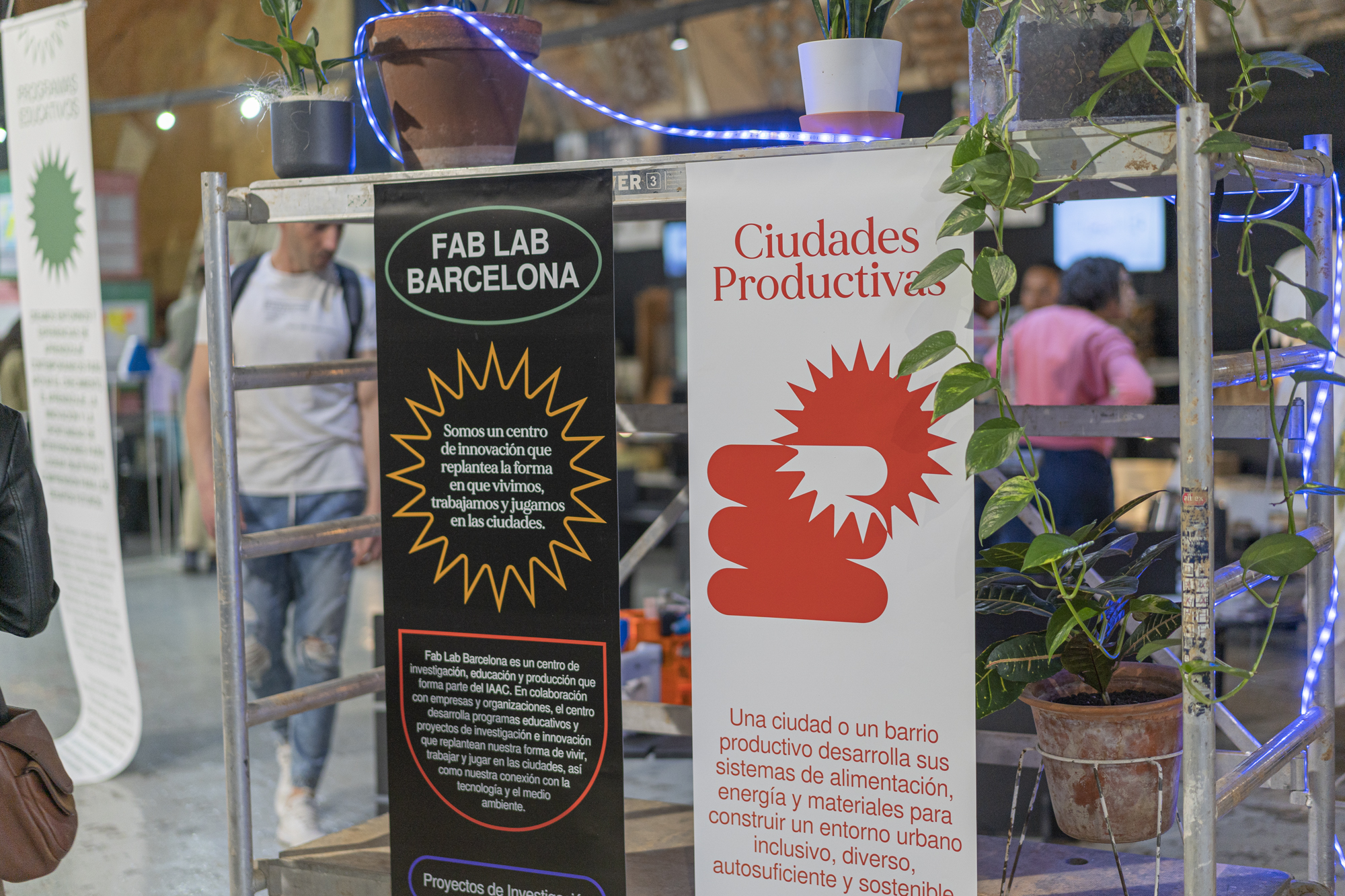 Each of these actors are contributing in different ways to the development of local activities, which range from courses and events with vocational training professionals and students, by fostering skill-building programmes connected to local challenges, to an extensive analysis of resources mapping, by understanding barriers and identifying potential opportunities for circular urban regeneration.

Although many other activities have been carried out in the two years of CENTRINNO in Barcelona, this blog post focuses on the strategies and some results of a series of events organized by the local pilot in 2022 to disseminate the knowledge gained during the ongoing action research.

The events were not only limited to the participation of local actors, but opened space for international organizations to share their strategies for alternative urban futures. Paying attention to local practices, heritage values, and culture, the audience at the events could learn glocal knowledge from the participant initiatives and be inspired by innovative ideas.

Fab Labs as facilitators for a glocal community

The promotion of knowledge exchange is part of fab lab’s approach on cooperation and open source practices. Connected to these principles, from April to July 2022, three events took place at the main hall of IAAC (Institute for Advanced Architecture of Catalonia), where Fab Lab Barcelona is based. Exploring different formats for each intervention, the pilot exhibited results from previous activities and created spaces for dialogue between creative organizations and the society.

Overall, the events aimed at exhibiting results from the local project journey by displaying results from participatory mapping, opening the dialogue with public and private actors leading local initiatives, and facilitating the discussion among European organisations about productive hubs models.

The Poblenou Open Day is an event organised by Poblenou Urban District every spring with the idea of giving visibility to the cultural and creative district of Barcelona, El Poblenou. In every edition, all the associated partners, ranging from art galleries and creative centres to bars and theatres open their doors to show to the civil society their latest projects. The 2022 edition took place on May 7th 2022 and offered a program of exhibitions, talks, workshops, live painting and street gastronomy. During this day, around 1500 visitors came to the Fab Lab Barcelona, where there was an exhibition of objects, posters, physical and audiovisual materials connected to its strategic areas. 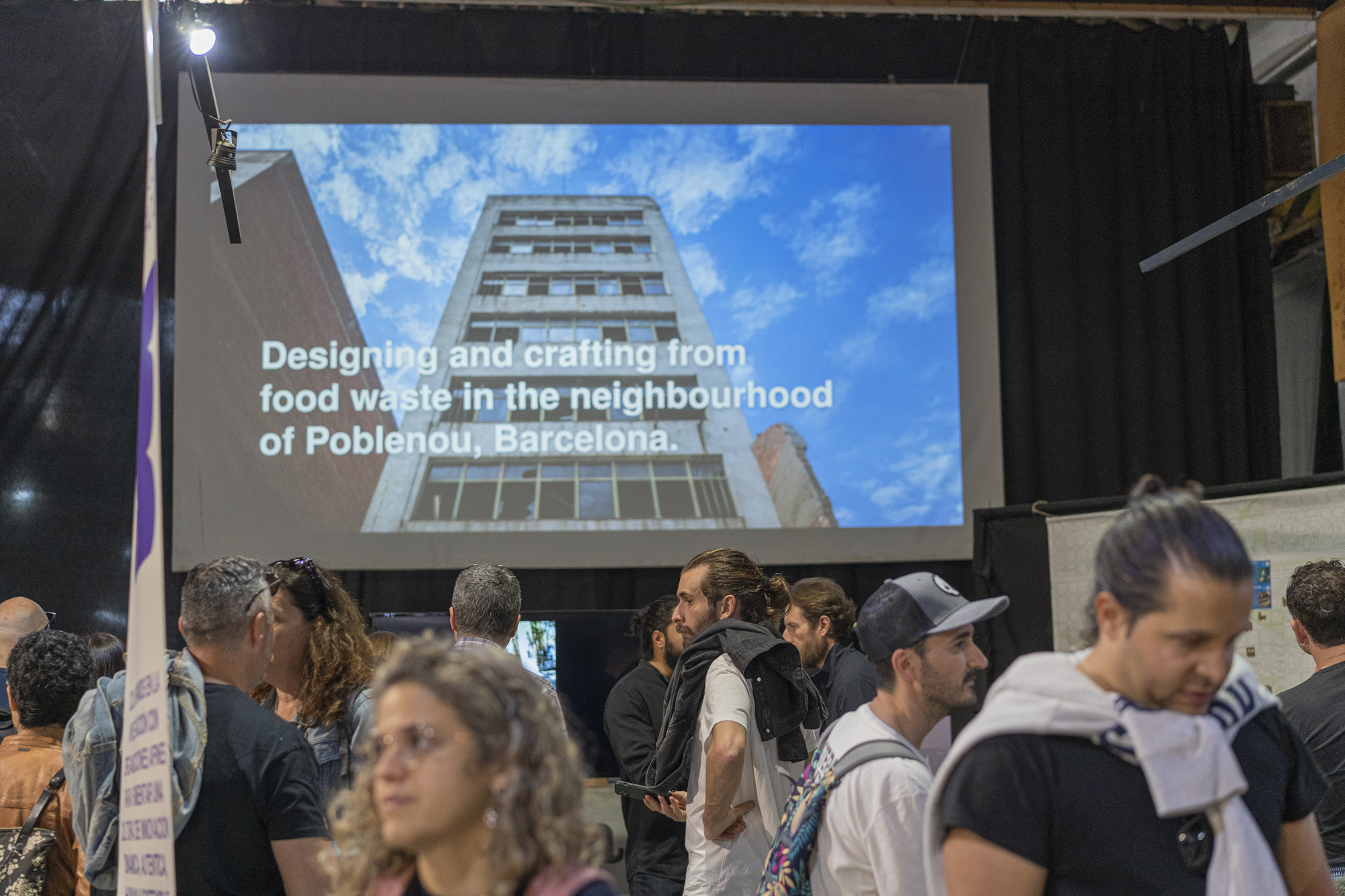 In the context of productive cities, CENTRINNO and Make Works presented their recent makers and maker spaces map in the Poblenou neighbourhood, highlighting manufacturers’ location, a brief description of their work and the type of industry they belong to. The exhibition also included the methodology used during the CENTRINNO School Hackhaton from the past October 2021 consisting of the interpretation and brainstorming of the students in relation to the challenges offered by the local actors involved. Lastly, the visitors had also the opportunity to see the participatory map designed and used at the Fira de la Primavera del Casal Ca l’Isidret on April 30th. This activity was organized in collaboration with Catalunya FP, students from the vocational centre Prat Educació and the social organization Taula Eix Pere IV. During this participatory day of activities, citizens were invited to reimagine and propose inclusive interventions to transform the empty passage of Ca l’Isidret into a colourful and green public space.

The second event organized by the pilot was the fourth edition of the Poblenou Urban Talks. The Urban Talks are a cycle of itinerant talks that aim at opening a debate with citizens on culture and creativity in relation to the urban environment. In the spring edition of 2022, the Urban Talks took place at the IAAC’s main hall as a great opportunity to talk about art, heritage, economy, technology and sustainability with professionals from different countries and backgrounds.

Under the title ‘Keys to Urban Transformation’, three talks were facilitated exploring key elements for the necessary transition of cities, drawing connections between scales, the interrelationship between public-private actors and the visual representation of cities.

The edition was part of the agenda of the CENTRINNO Consortium Meeting held in Barcelona and the first two tables had participation of members of the Consortium of CENTRINNO, including the moderator of both tables, Carlotta Fontana from Volumes (Paris). 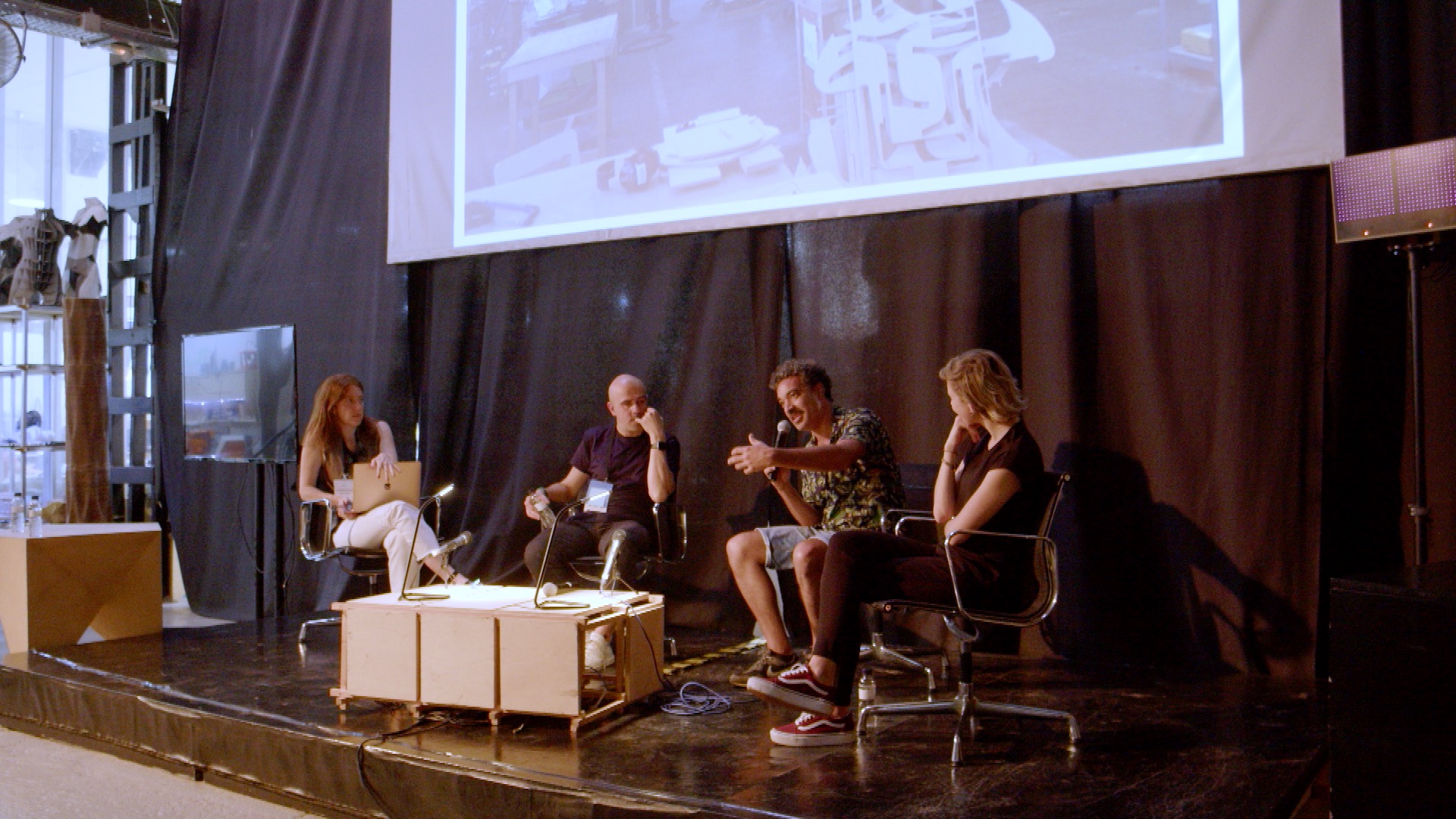 The first talk was titled as “From the Hub to the City: A Scale for Urban Transformation” and explored a discussion around how and why the Fab City Hub concept at the local level has the potential to transform and impact across the territory, through three examples of projects in three different urban environments: Zagreb (Croatia), represented by Bojan Baletic, the Dean of Faculty of Architecture University of Zagreb, Copenhagen (Denmark), represented by Cecile Bang, Urban Strategist & Senior Project Manager at the Danish Design Center, and Milan (Italy) represented by Zoe Romano, craftivist & digital strategist and Liat Rogel, from the Municipality of Milan.

In the second talk, “The Public and the Private: Actors in Urban Transformation”, the representative of Ressources Urbanes (Geneva), Matthias Solenthaler, the co-founder and director of Volumes (Paris), Francesco Cingolani and the action researcher lead at Fab Lab Barcelona (Barcelona), Alessandra Schimtd reflected together on how key actors from the public and private sectors can contribute and coordinate a sustainable process of urban transformation.

The third talk was about the role that public administrations should play in the symbolic expressions of urban identity and the regulatory framework that should take place for fostering open and transparent creative curatorship. This talk, titled “The Design of Urban Transformation (Barcelona–Madrid)” was led by Nacho Padilla, creative director of the Barcelona City Council.

The successful discussions surrounding the concepts of innovation spaces and public policy were recorded and can be watched on the CENTRINNO Youtube channel.

The third event of this series of interventions was the sixth edition of Maker Faire Barcelona. It took place on July 1-2 and followed a distributed format. The main hub of activities was held on the Campus Poblenou of the Universitat Pompeu Fabra and parallels were carried out at TMDC and at Fab Lab Barcelona. The Maker Faire Barcelona 2022 brought together local and international makers exploring the influence of Maker Culture on rethinking and activating a more local and diversified economic model.
Fab Lab Barcelona hosted a series of activities including talks, workshops and exhibitions of different programmes and projects led by the organization. Within the scope of the CENTRINNO project, the local pilot organized a talk and a panel of discussion for fostering the exchange of ideas and knowledge around the role of bottom up initiatives in a productive city model.

In the talk titled “CENTRINNO: What has heritage to say in a locally productive and globally connected city?”, the Fab Lab Barcelona reflected on some of the ongoing activities and results of the work being carried out by the pilot in Poblenou for valorizing its heritage, its communities, and its productivity identity. With a special focus on the Fab City approach and the Make Works initiative, the presentation included some strategies tested by the local team to propose a new urban, economic, and social model that fosters local sustainable production.

In addition to valorizing Maker skills as an alternative for more resilient city models, the talk explored the relation among alternative education, manufacturing practices and circular principles as key aspects to test a collaborative and inclusive local economy model. 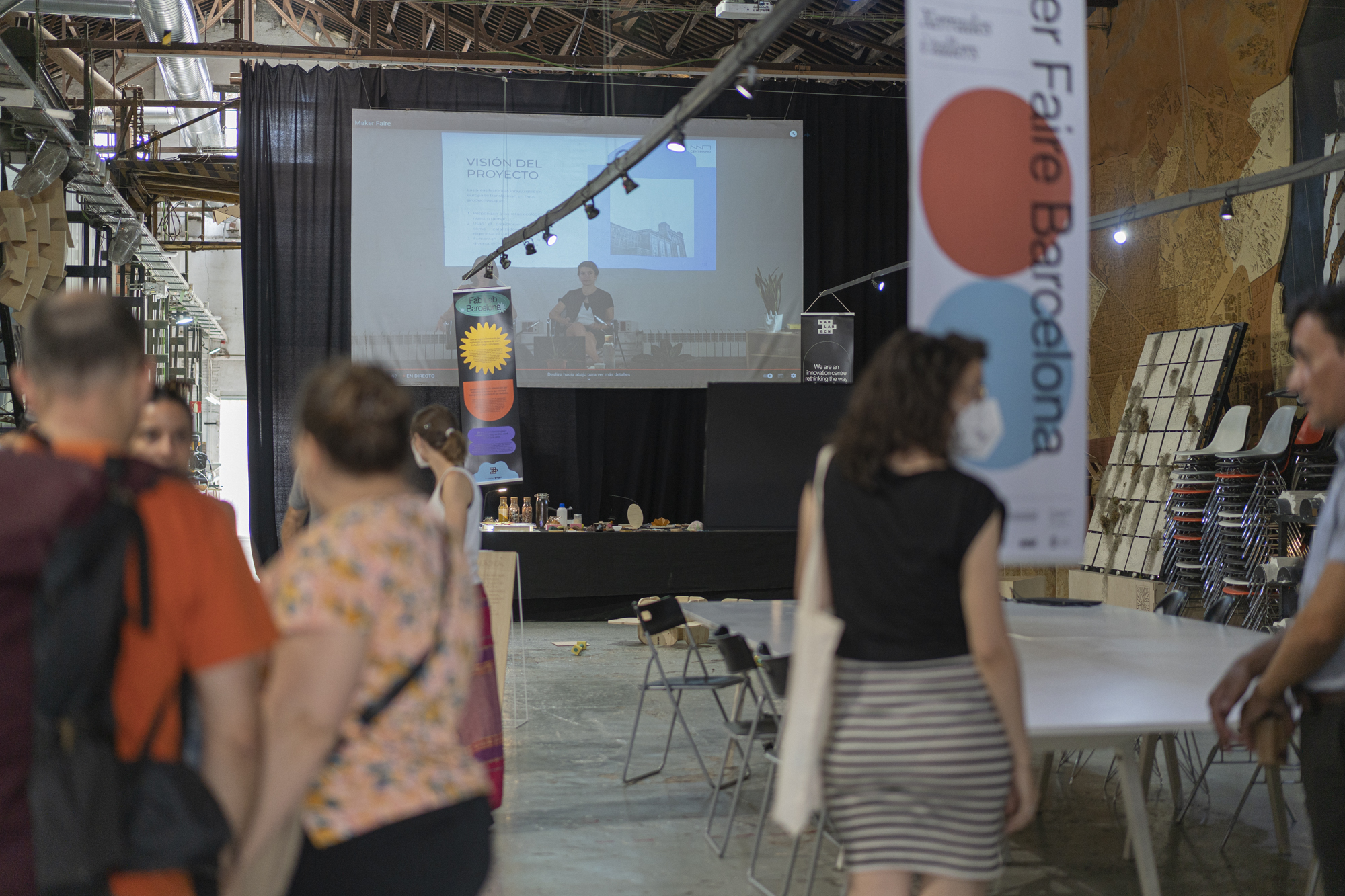 The second day of the event also featured the panel of discussion “Productive Hubs: Alternative Urban Futures”.  It was moderated by the Fab Lab Barcelona researcher and urbanist Pablo Muñoz, who led the conversation between Lorenzo Patuzzo from Akasha Hub, Guillem Camprodon from Fab Lab Barcelona, Alicia Roselló from Duduá and Jordi Reynés from the Xarxa d’Ateneus de Fabricació.

After a brief introduction of each organization, the discussion was around the strategies that have been taken in place by these hubs of social innovation. From digital manufacturing and community-oriented co-working spaces to craftwork and artisan techniques, the representatives could share opportunities they have been creating to foster local initiatives and value creation in Barcelona. The speakers shared practices and ideas around ways to bring digital fabrication and crafts techniques closer to Barcelona’s neighborhoods and its citizens, but also about how collaboration among local hubs might increase the positive impact on the city. 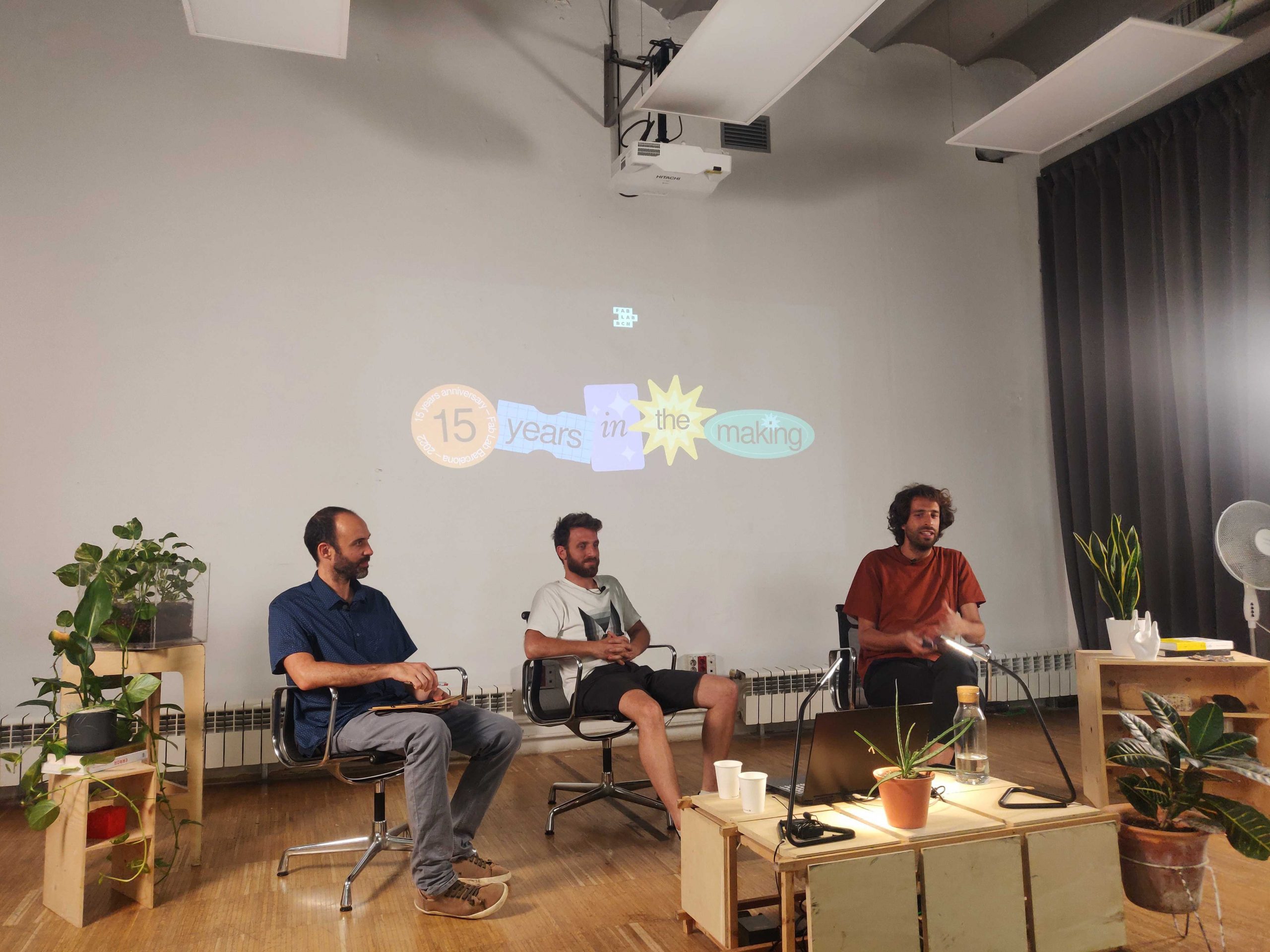 What is next in the CENTRINNO Barcelona pilot?

Through the next  months, the CENTRINNO pilot will continue mapping and organising activities with inspiring actors and initiatives that share the common goal of activating an alternative model of city based on creativity, local production and collaboration.

In november 2022, the second edition of the CENTRINNO School Hackathon will take place in Barcelona in a distributed format. The event is organized by Fab Lab Barcelona and Catalunya FP (Departament d’Educació Generalitat) with vocational training centers, and will invite students to work on ideas to respond to challenges proposed by organizations and companies in the district of San Martí. The challenges will be connected to key topics of the CENTRINNO project such as circular economy, heritage, local production and social inclusion.

The pilot will continue mapping new members and consolidating Make Works Catalonia. In this next phase, manufacturers, craftspeople, as well as makers and other neighborhood actors, will be invited to participate in a series of participatory activities. The sessions will be an opportunity for disseminating local knowledge, and exchange techniques and experiences among the participants. Part of these workshops and discussions will be connected to the preparation of the Exhibition ‘Poblenou Fabrica’.

Read more about the connection between Make Works and CENTRINNO here!

The final activity of the local project will be a physical exhibition about Poblenou’s heritage. The exhibition will show how the productive character of this emblematic neighbourhood has been transformed over the last decades, and the existing potential of this territory to foster a more circular, inclusive and diverse economy. The exhibition will take place in May 2023 and will portray the evolution of the material and immaterial productive heritage of Poblenou through a set of photographic records, objects and personal stories.