Creativity and culture to rethink the future of cities

Within the framework of the Barcelona Architecture Week and coinciding with the return of Poblenou Open Day after a complicated year for culture, the second edition of Urban Talks – the first one co-organized by Fab Lab Barcelona together with Poblenou Urban District, La Plataforma and Life in the Woods – took place on May 15, 2021 at the emblematic space of Fundació Palo Alto in Poblenou, Barcelona. 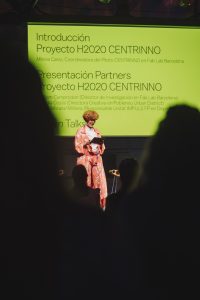 Under the general title of ‘The impact of culture and creativity’ three round tables were held, preceded by the official presentation of the European H2020 CENTRINNO project, led in Barcelona by Fab Lab Barcelona, in what was a day of debate with citizens regarding the future of our urban environment, the transformation of historic industrial areas and the balance between changes in cities and the identity of neighborhoods.

If you missed it, you can now watch the recordings of the event in streaming on Centrinno’ s YouTube channel.

The 2021 edition of Urban Talks became the official launch event of CENTRINNO, a project funded by the European Union’s Horizon 2020 program focused on the transformation of historic industrial areas, with local projects in nine European cities and twenty-five organizations involved.

In Barcelona, the local project coordinated by Fab Lab Barcelona explores the value of the cultural and industrial heritage of the Poblenou neighborhood as a catalyst for the development of actions that promote a more inclusive, productive and circular territory. CENTRINNO in Barcelona also has the collaboration of local organizations such as Poblenou Urban District itself and CatalunyaFP, whose representatives explained their role within the project in an introduction to the event by Milena Juarez, project coordinator at the local level: “Our mission is to work and revalue industrial areas from a citizen vision to turn them into places of creation, local production and social inclusion”. 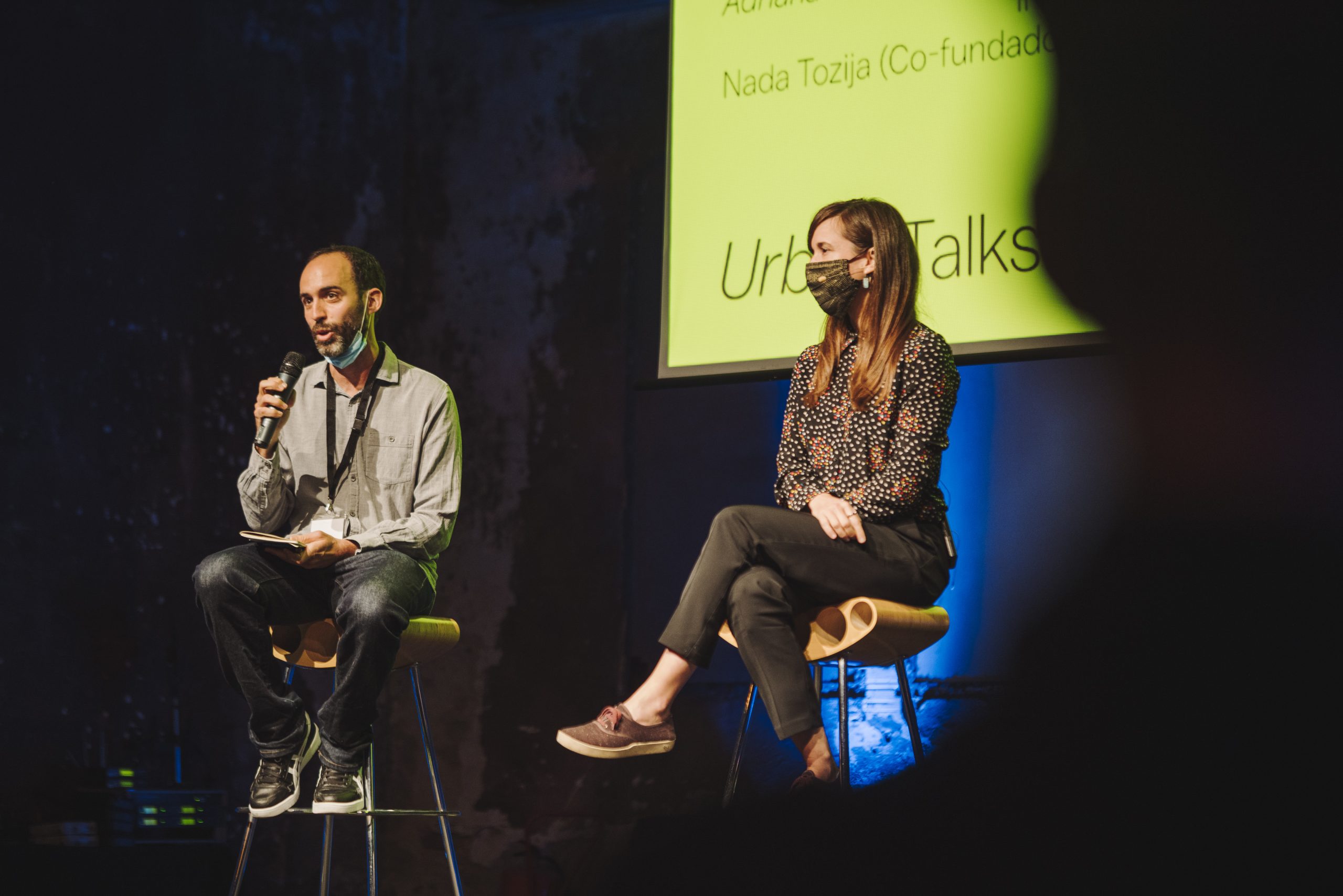 What does ‘new circular economy’ mean for our cities?

In a first round table moderated by Pablo Muñoz Unceta, leader of the CENTRINNO project at Fab Lab Barcelona, attendees were able to listen, learn and debate about productive, circular and creative economy. “How do we make an intelligent and efficient use of resources? Circular economy is moving from selling a product to offering services: a bike sharing system allows you to go from point A to B without having to have a bike”, Adriana Sanz Mirabal, Circular Economy expert at Inèdit Innova, introduced a concept that may seem far away but that little by little we find in our daily lives.

During this first dialogue titled Closing the loop: The new productive, circular and creative economy, we also understood the role of companies, civil society and institutions in the changes that cities and neighborhoods need. Maite Ardèvol, Leader of Circular Economy and Sustainability of ACCIÓ (Generalitat de Catalunya) and Nada Tozija, Co-founder and Coordinator of TransfoLAB BCN, shared and commented concrete initiatives and palpable consequences to convince us that, as a society, we have the capacity and the power to change the model of production and consumption. 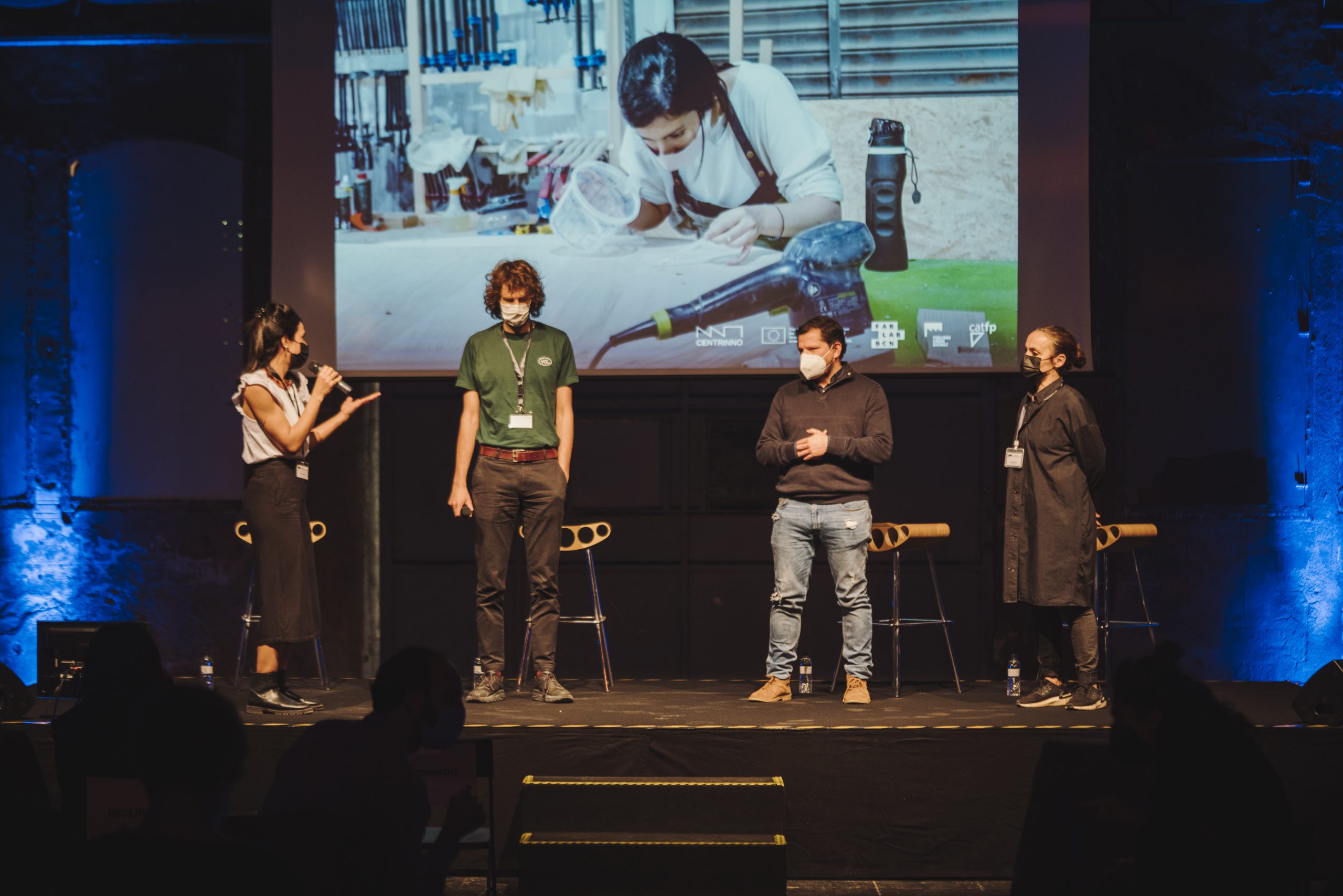 In defense of the industrial memory of Poblenou

In The recovery of industrial heritage, the second panel discussion of the day, the architect and expert in industrial rehabilitation Antoni Vilanova wanted to highlight “The importance of industrial spaces as stimulating elements of creation and awareness for the cultural value they bring to the neighborhood of Poblenou”.

The defense of the industrial memory of this area has been throughout the last years one of the claims of the district scene of the Urban Talks, which has been living the disappearance of numerous vestiges of its industrial heritage. Together with Vilanova, Lluis Torrents, Co-director and manager of Razzmatazz and Daniel Romeo, Director of Fundació Palo Alto, discussed the potential and responsibility of maintaining and recovering part of the industrial heritage for new creative, cultural and artistic uses such as a concert hall or a creation center respectively.

Urban Talks 2021 brought back to debate gentrification, a concept that has been heard for many years and that seems to have worn out, but that is nevertheless more current than ever, and this was demonstrated in the third round table of this edition entitled The challenges of gentrification.

Laura Sangrá, cultural journalist and moderator of the last two debates of the day, posed two questions to the three speakers: Is there a way to find a sustainable balance? Is there a way to achieve progress that does not mean the elimination of the identity of neighborhoods or the expulsion of their populations?

“We have to talk about affordable housing but respect the quorum of the citizenry that lives there. Other factors, such as the lack of working conditions, the arrival of new workers who want to live in the neighborhood, mean that without other public policies that act on the neighborhood, affordable housing alone does not guarantee non-replacement,” said Jordi Callejón, Project Coordinator of the Taula Eix Pere IV. Together with him, Salvador Clarós, Industrial Policy Technician of CCOO of Catalonia and member of the Poblenou neighborhood movement, and Montserrat Pareja-Eastaway, Vice-President of ENHR, Coordinator of the RGCS and professor at the UB debated the state of the art on gentrification. 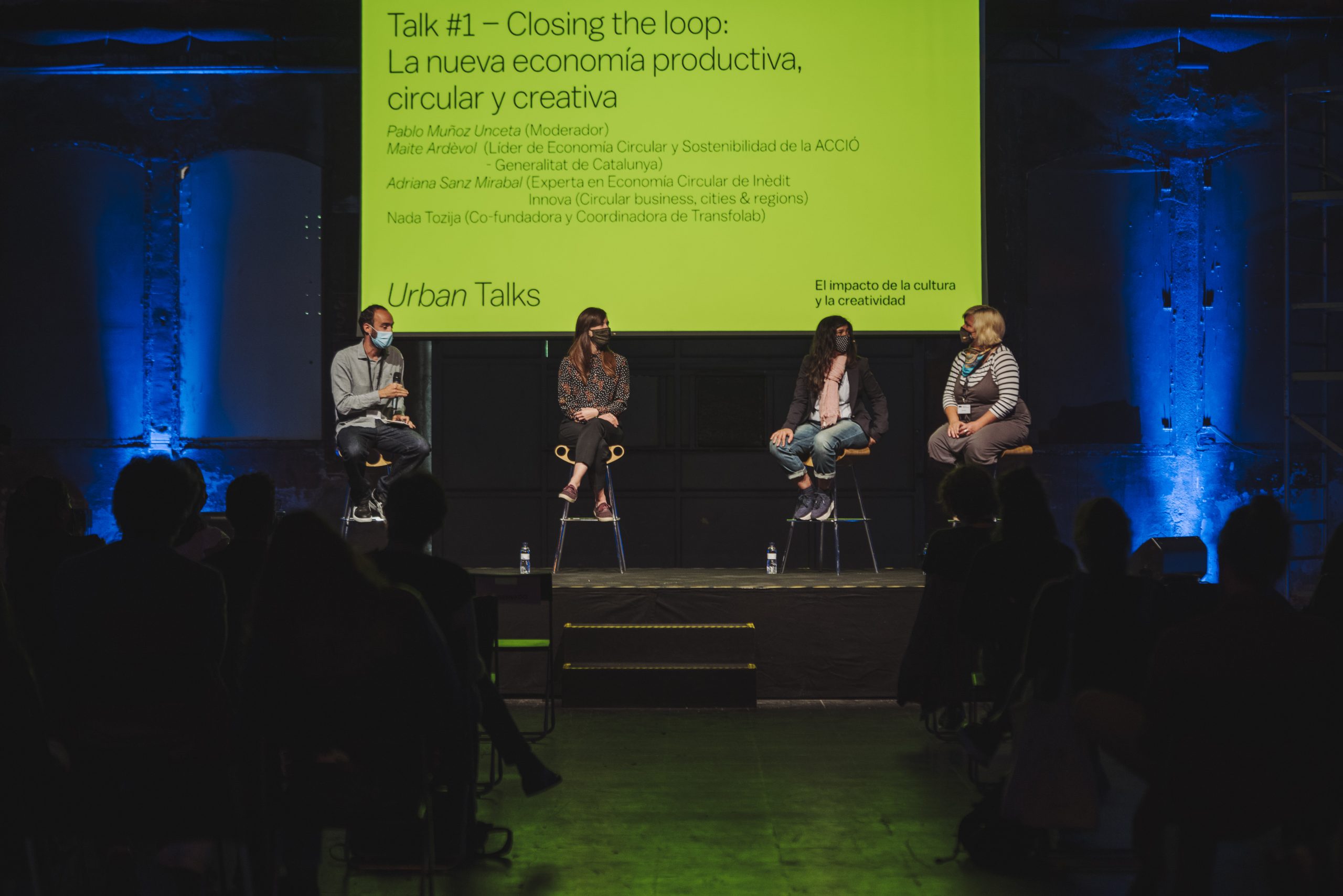 From the neighborhood to the city

Although with a certain focus on Poblenou, the hybrid format of the 2021 edition of the Urban Talks allowed to open the debate beyond the neighborhood and the city of Barcelona, addressing with optimism the future of any city.

Now, when we talk about the future of urban centers, “we can no longer speak only of competitiveness. We have to talk about social cohesion, sustainability and equal opportunities. In Barcelona there has already been a change of discourse, but we will see to what extent this is going to put stone on stone,” said Montserrat Pareja-Eastaway.

The event Urban Talks 2021provided a unique opportunity to discuss art, heritage, economics, technology and sustainability with professionals who have stood out for their work in these fields and who give us an optimistic view of the future of cities through the search for new solutions and a call for collaboration.