Italy has decided to anticipate by three years the reception of the EU Directive 2018/851, which provides for the mandatory separate collection of textile waste of urban origin, thus starting at the beginning of next year.

As stated in the report “Textile waste: strategy and economic instruments are needed“, which can be downloaded here (in Italian), there are great opportunities for the country, which represents the largest textile district in Europe. However, a common vision is needed, both by manufacturing companies and by collection managers, and it is necessary to act quickly by channeling textile waste flows towards a path of reuse.

This is how the workshop “Locale e circolare: utilizzare gli scarti prima che diventino rifiuto” was born. The aim was to bring together institutions, companies, producers and citizens to discuss the themes of recycling and reuse of textile materials.

Introducing the event, Zoe Romano talked about European efforts in this direction: from the introduction of Extended Producer Responsibility (EPR) to the collection obligations of certain materials and innovation projects such as CENTRINNO, which supports circular urban manufacturing and the regeneration of industrial spaces within cities.

In Milan, this project is carried out by Rete Nema and the Municipality, coordinator of the European consortium, and focuses on local manufacturing in the design and fashion sectors. Romano explained that in order to make production circular, producers often encounter a number of difficulties such as intercepting waste streams before they are classified as waste or the difficulty of embracing the benefits of national policies and educating themselves about European opportunities.

Following these observations, Piero Pelizzaro gave the example of the DNSH (Do Not Significant Harm) principle, which will govern European programming in the coming years. A principle designed to promote investment in sustainable projects, it prohibits funding for projects that cause significant damage to the environment or go against the European Union’s climate goals. For example, if a building is demolished and rebuilt, it must be indicated how much material is reused and the waste management plan for the remaining unused material must be verified.

It is a principle that will help to solve several issues such as shortages of raw materials and waste of resources, and that will increase the penetration of collection and the creation of markets, even virtual ones, for the second raw material.

Francesco Ceppo stressed that “locale e circolare” are two words that have always characterised Amsa’s actions. In fact, Milan ranks first in terms of separate waste collection in Europe and 99.9% of the waste collected in the city no longer goes to landfills.

As for textile waste from households, it is collected through the yellow bins, about 500 in the area, and with a partnership that is a leader in Italy in this service. Some of the used clothes are donated, some go to second-hand shops and unusable waste goes to waste-to-energy plants.

For non-domestic users, there is still no structured mechanism and Amsa has said it is willing to promote new models. 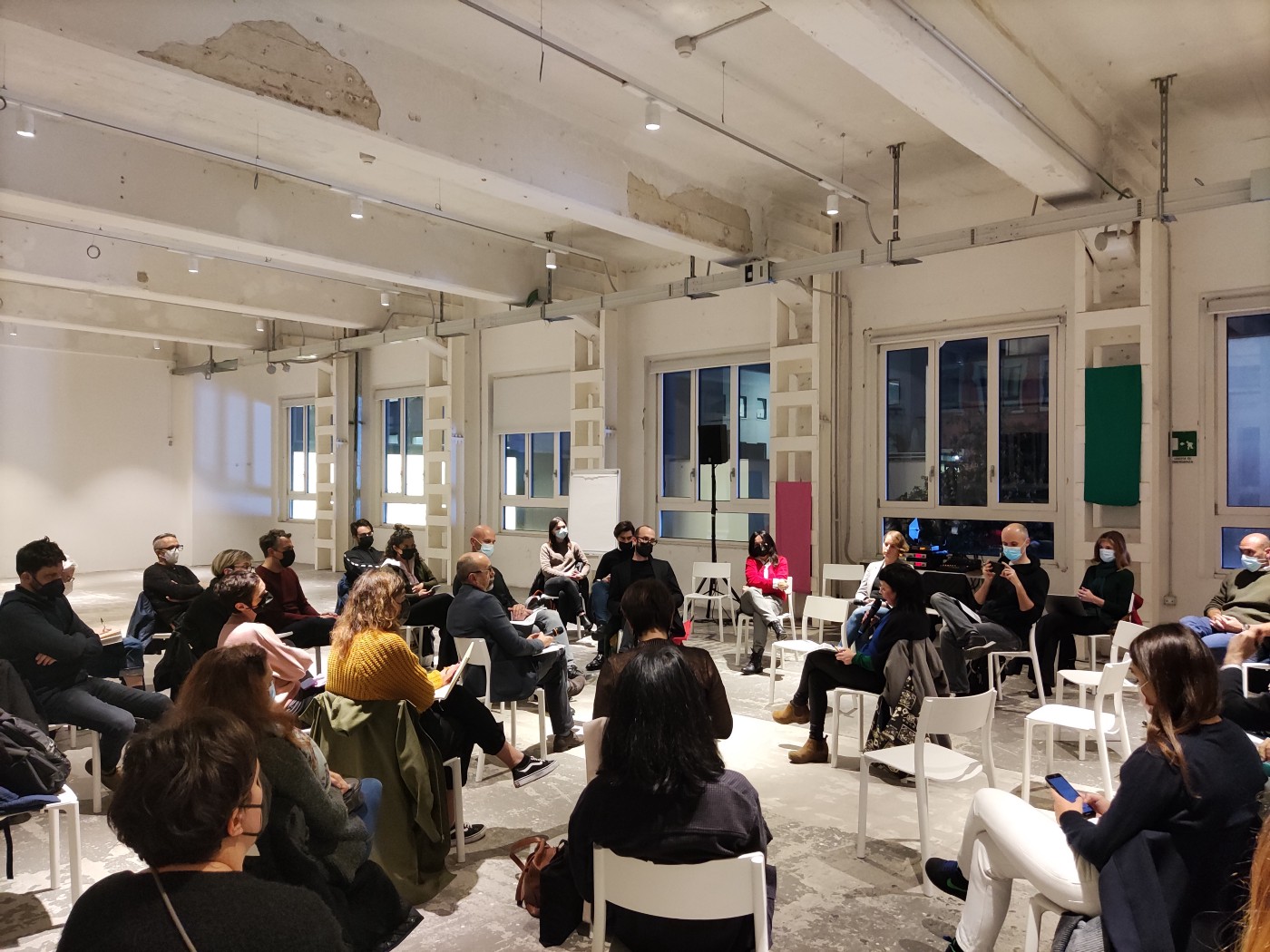 Danilo Vismara, the company’s territorial marketing manager, continued along these lines, stressing that the challenge is to match supply and demand before waste reaches Amsa, i.e. before it becomes waste. In the latter case, it becomes necessary to have waste storage permits and to comply with strict rules that make reuse difficult.

In Milan, 4,000 tonnes of textile waste are collected every year, but there is still a segment of waste that is not sorted.

As for Italy, on the other hand, in 2019 about 157.7 thousand tonnes of urban textile waste were intercepted, but according to an ISPRA analysis the textile waste not reused or recycled is 4.2 times as much, or about 663 thousand tonnes. A number that gives an idea of the potential that could be developed by creating synergies and different collection channels.

From the point of view of producers and local organisations, there was a willingness and great interest in deepening cooperation with institutions and companies.

Thanks to a good debate after the guests’ speeches, both Donatella Pavan of Giacimenti Urbani and Maria Grazia Berardi of CNA Milano pointed out the importance of mapping waste flows and reasoning about obstacles and opportunities to identify experimental solutions for the reuse of certain materials, also through training sessions. In particular, the interest of local producers and organisations active at urban level could be linked to pre-consumer materials, dead stocks and inventories, left in the warehouses of companies and which, sooner or later, become waste to be disposed of at a cost.

This is a historic moment for the sector and, in addition to a holistic view of the problem, the collaboration of all stakeholders is needed. The ‘Local and Circular’ workshop was a first step in this direction. 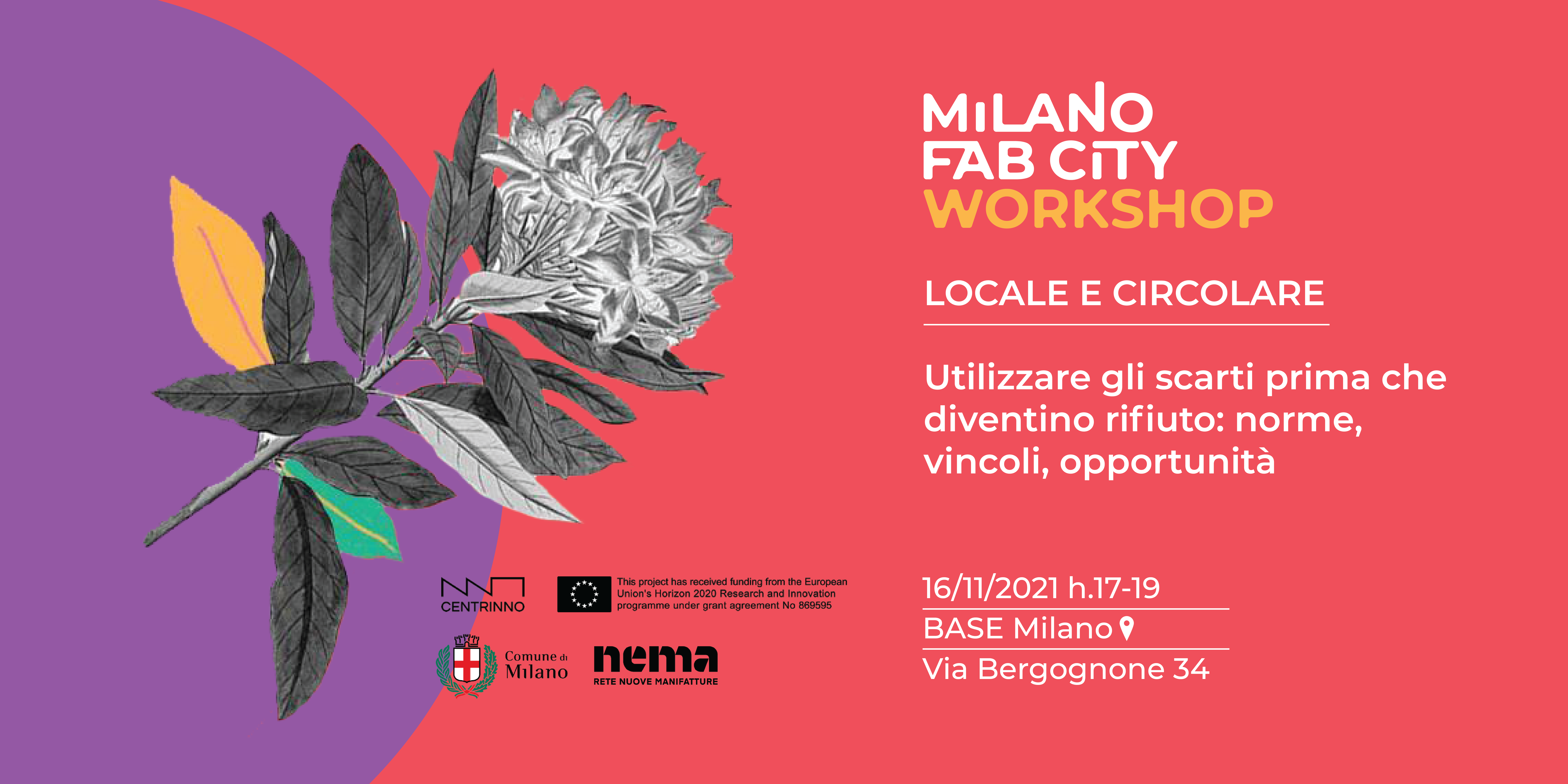