As part of Fab City Hub Voices webinar series, the past 8th of September the Volumes team in collaboration with IAAC has run the 4th edition of this series of webinars that aim to inquiry directly from the voices of the makers, the challenges and the opportunities for creative and productive hubs in contemporary European cities.

This edition was a special one.  For the first time, we had as guests one of the Nine Pilot’s Cities of the Centrinno Consortium.  Milan was represented by Zoe Romano as part of the Nema Network and the Municipality of Milan. Those two actors are part of the pilot’s team and they are working on the development of a local Fab City Hub within the Centrinno’s Project.

Together with Zoe, Mattia Ciurnelli from Superforma and Vicente Varella Forcada, a Spanish designer,   joined the conversation as participants in a residency program, WE WILL DESIGN, during the Milano Design Week. This residency is one of the concrete actions the Milan Pilot is undertaking within CENTRINNO.

Zoe Romano shared with us the main strategic lines and concrete actions they are following to trigger innovative strategies for urban industrial sites. By setting up their local model of Fab City Hub,  they aim to promote a more inclusive and circular production model in different neighborhoods of the city for fashion and textile manufacture.

Processes of collaborations as triggers for systemic change

According to Zoe a fundamental starting point for systemic change toward a sustainable city is to foster processes of collaborations through a series of actions, events and experimentations with different actors.

Indeed, Milan’s team, by putting together people from the Municipality and the Nema Network,  is a tangible and operational manifestation of this collaborative process.

A couple of years ago, the Municipality of Milan started a city-wide program called Manifattura Milano. This initiative aimed to foster the development of urban digital manufacturing and new crafts focusing on local producers.

The revolutionary idea underpinning this program was that small,  less visible producers, craftsmen, and digital fabricators and their laboratories, maker spaces and fab labs,  are recognized as active agents of urban transformation and production. ” For the first time”  – empathize Zoe – “ we, the Fab Labs and Makerspaces  were also recognized by the city authority to have a role”.

Rete Nema stems from this initiative as a network of profit and non-profit organisations.  Contributing to the Municipality plan, they collaborated in the organisation of actions, events, and training programs, starting a reflection on how these distributed networks of creative and productive places could foster the creation of innovative jobs and companies focusing on innovative manufacturing in the city.

The first big event they organised was the Manifattura Milano Camp, a day that reunited around conferences and debates, those ‘revolutionary makers and crafters ‘ who were contributing to producing in a more sustainable, innovative, and agile way in Milan.

A second event,  Manifatture Aperte, was dedicated to bringing citizens close to the protagonists of urban manufacturing. Craftsmen and digital manufacturing labs in and around Milan opened their production spaces to the public. In this way, a larger audience could access the varied and scattered panorama of ateliers, laboratories, shops, factories, maker labs, and training schools to learn about the production processes in their own city. 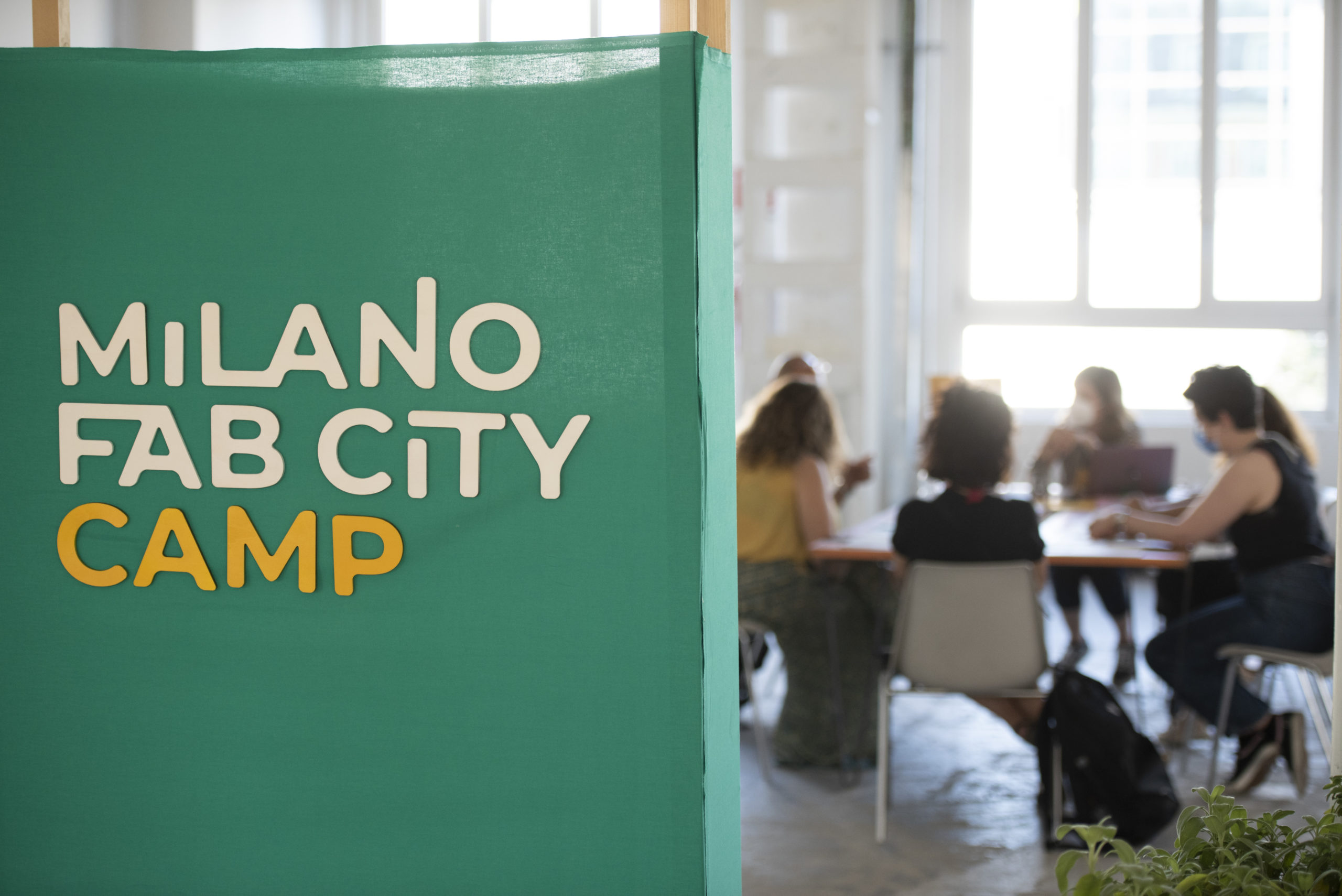 A Fab City Hub model for Milan: a work in progress

With the beginning of Centrinno , at the end of 2020, Milan’s team started to concentrate resources and efforts in strengthening this process towards a new culture of manufacturing.

Having in mind, according to Zoe’s words,  that open collaboration and co-design are the basis for real systemic change, a first kick-off event was organised.

The Fab City Camp was held in Base Milano, Centrinno’s local headquarter, on the last week of  June. The event focused on presenting the Fab City approach and understanding from the protagonists of urban production what kind of vision we could build together starting from their needs in order for a Milan Fab City Hub to be useful to the city.

The three foundational concepts, that producers and service providers  have tried to collectively reflect upon were: 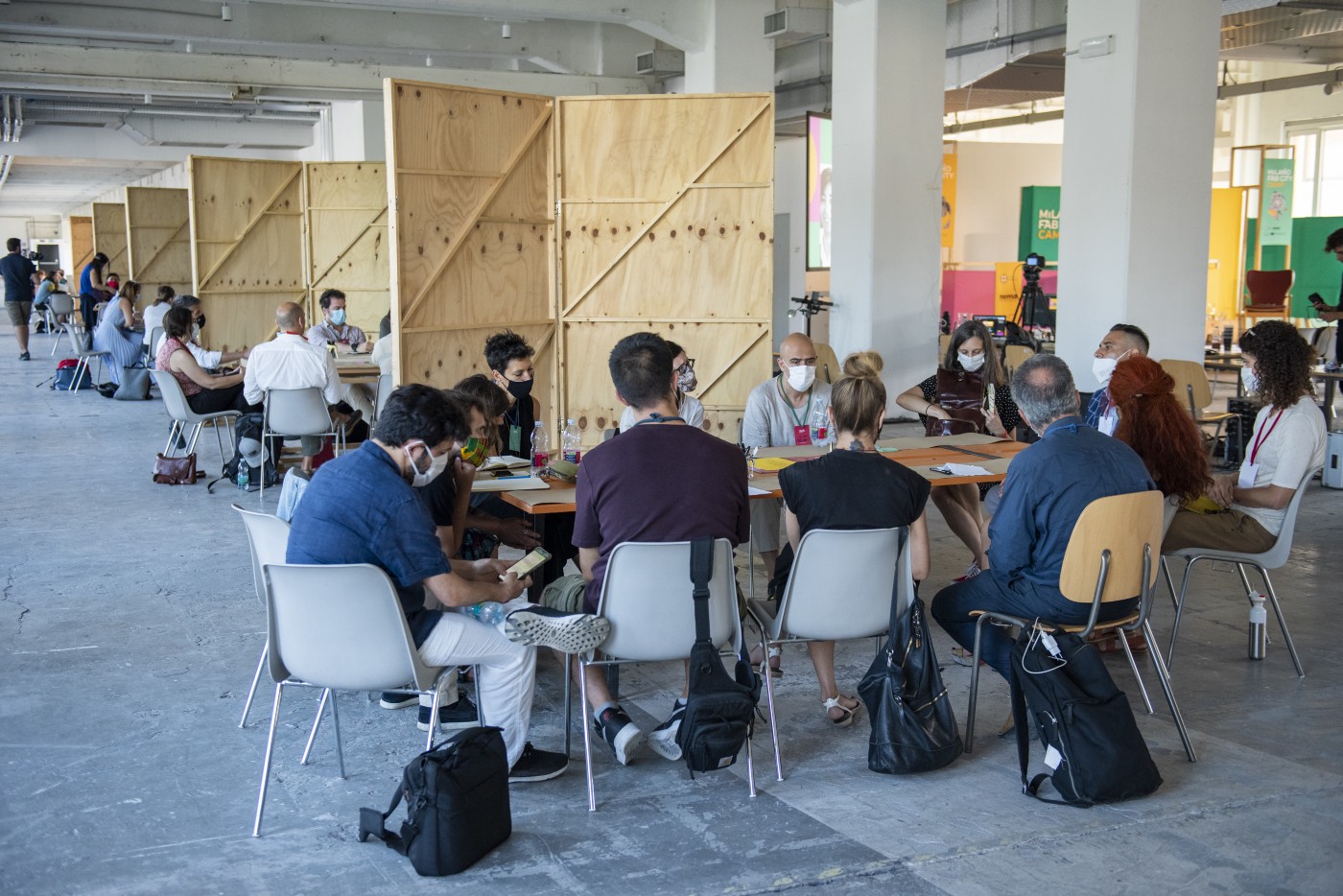 From this day of workshops and discussions, some lines of work have started to be defined and the image of a Fab City Hub as a distributed network of places and events started to emerge, Zoe tells us.

‘Cross-pollination’ and ‘tacit knowledge’ are also two central concepts that have driven the next steps of Milan’s team.

A residency as a tool for testing a collaborative practice and cross-pollination for circular urban production. 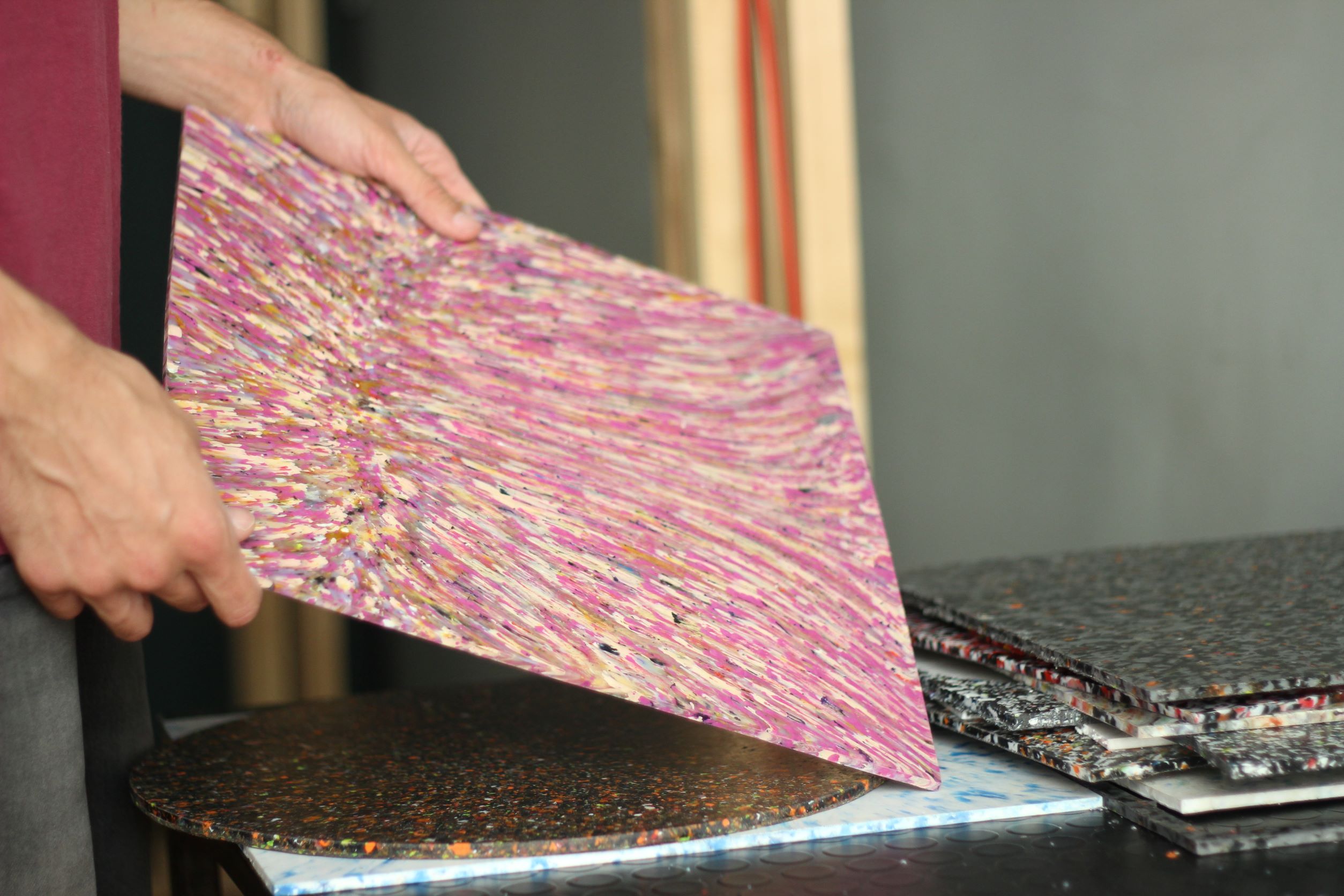 In order to translate into real actions, the reflections that emerged during the Fab City Camp, Nema, and the Municipality of Milan launched the first edition of a series of residencies, this first one with a specific focus on circularity within a very short supply chain.

The residency aims to condensate in one event all those main concepts that are at the foundation of their vision of a Fab City Hub: to trigger processes of distributed collaborations that,  through proximity and cross-pollination between actors, are capable of producing more sustainably and inclusively.

Vicente Varella Forcada, a Spanish designer in collaboration with Superforma a local innovative laboratory of digital fabrication specialized in circular processes will work on the development of a circular design process with the support of two fab labs, Wemake and Opendot.

After our conversation with Zoe, Vicent, and Mattia, it appears quite clear the direction Milan is undertaking to develop their own model of Fab City Hub.

They envision a Milan Fab City Hub more as a platform that promotes events and actions in distributed spaces of the city and activates and connects different ecosystems for locally sustainable manufacturing.

Through this platform, they also aim to provide services and training programs to spread a culture of circular manufacturing bridging the gap between tradition and innovation, where every participant can be a provider and a beneficiary of products and services.

A couple of challenges that remain to be faced, in our opinion, is how they will be able to blend the digital space of this imagined platform into the multitude of scattered physical spaces where small producers, creatives, as well as common citizens, could potentially gather and give birth to stronger human relationships for positive social and spatial impacts.

On the other hand, the challenge will also be to understand how this distributed system of physical spaces could be a useful device for relevant actors and common citizens to easily access distributed ecosystems in the city.

How then,  proximity and cross-fertilization between different ‘urban actors’ could be enhanced out of isolated and special events such as Manifatture Aperte and Camps?

What would be the most suitable model of Fab City Hubs to better support these actions to become systemic practices for collaborative, circular and inclusive manufacturing in Milan?

We will discover it in the next couple of years because their work has just started!