Meet the founders of the firsts Fab City Hubs on-the-making in Europe!

Fab City Hub Voices is a series of webinars to learn about the challenges involved in activating productive and creative hubs, but also to understand all the opportunities they open up for the local innovation ecosystem.
After getting to know some of the references in Europe, we continue with new sessions with which we aim to improve understanding of what a Fab City Hub is, and how it could be implemented. To do this we will talk directly with the protagonists of the nine pilot projects being implemented in nine cities as part of the European consortium CENTRINNO.
Through these meetings we aim to highlight the difficulties and challenges faced by the promoters of these spaces, but also the progress they propose for the territorial ecosystem along 5 main lines: Circular Economy, Social Inclusion, Vocational Training and Heritage.

The Copenhagen pilot is a mixed residential and business area located in the north western part of Copenhagen. It used to hold medium sized industries, including garages, but has over the last 20 years experienced a transition with former industrial buildings being replaced with new and modern residential buildings. However the area still contains visual sights of the industrial history and now contains a good amount of small and medium sized creative businesses especially food and wood/crafting industries, who are attracted by low prices, the facilities and local atmosphere. With CENTRINNO the pilot wants to develop and test models or concepts for a distributed hub that is scalable to other areas in Copenhagen. 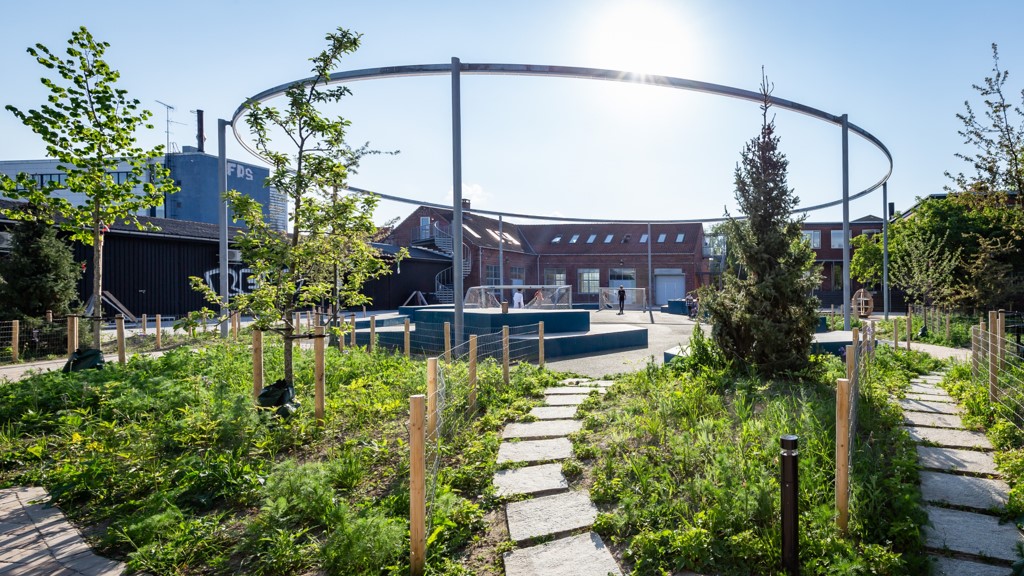 Nille With Barrientos, special advisor, Culture & Leisure Department, City of Copenhagen + CENTRINNO Coordinator for the Copenhagen Pilot. Nille has been working for the City of Copenhagen for the last 10 years: focused on strategic urban development aiming to support Copenhagen as one of the world’s most livable cities along with a growing population and increasing demand for housing and urban space. It’s current position as special advisor in the Culture & Leisure Department, she has a particular focus on the value of urban creative environments and how it can benefit a broader city agenda.

Amalie Ingemann, project manager at the Danish Design Center. She is involved in projects promoting sustainable cities, including the CENTRINNO projects focusing on how to engage people and businesses in urban development. Furthermore, she is working with projects analyzing and promoting the value of design for people, businesses, and society. Amalie has a background in public administration thus applying her knowledge especially of corporation between public and private actors in the various projects she involved in.